With a little bit of luck and a wonderful husband, I got the booty, all seven of the Pirates of the Caribbean attractions set.  Unlike the Disney Store, Once Upon a Toy at Disney Springs has no limit on the amount of Tsum Tsums you are allowed to buy on the first day of the release.  One of the first people at the store, went straight to the stock room and asked the manager to buy the entire stock.  They filled his bags with Tsum Tsums still in boxes.  Luckily, it seems that Once Upon a Toy has restocked several times today.

I was pleasantly surprised by this set.  When I first saw the pictures for this set, I was excited that there were doing such a popular attraction, but the pictures seemed almost generic to me.  These Tsum Tsums, however, are worth a pirate’s treasure.  The colors are vivid and fun, they are just the right level of squishy, and each one is full of character. 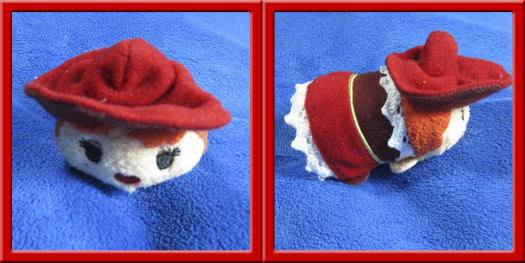 We Wants The Redhead!  And she’s here.  I’m so glad they acknowledged a fan favorite.  What’s even better is the attention to detail on her dress.  There are some very nice fabric details, including the lace work that mirrors the petticoats of the Redhead on the ride. 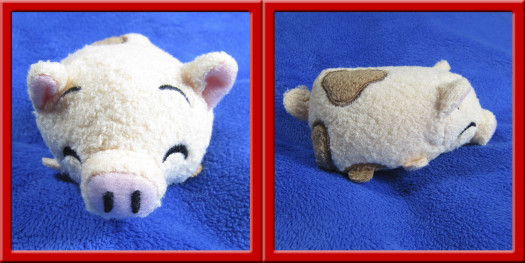 One of my favorites from the ride is the pirate and his pigs.  This little piggy’s face shows his mud soaked glee with the same satisfied look on his face that the pig on the ride has.  Both the pig and the parrot have nice details embroidered on, from the mud on the pig to the eye patch and skull on the parrots hat. 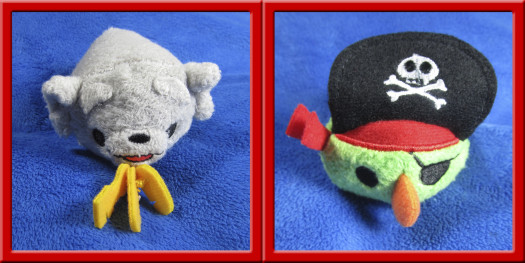 Another classic is the dog with keys.  This little dog doesn’t disappoint.  He’s a sweetie, but I don’t think he’ll be letting go of those keys anytime soon!

Our two pirates are full of nice detailed little surprises.  Like the parrot, the skull is embroidered onto the hat of the pirate in blue.  He has little gold buttons on his side, and his color scheme is my favorite.  The pirate in the top hat has a little pouch on his belt, and a funky beard that reflects the mishmash of pirates in the attraction. 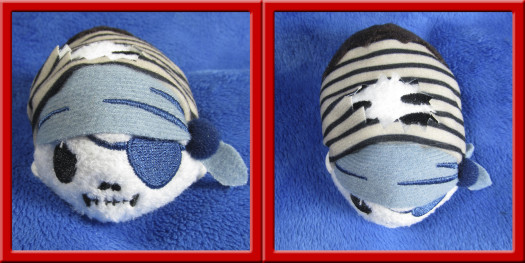 My favorite just happens to be the skeleton pirate. I love his expression, and the fun surprise on his back.  His shirt is ripped open to reveal his rib bones underneath.  This attention to detail particularly impressed me.

Overall, this is a really fun collection that captures the essence of a classic Disney attraction.  You can pick these up at several locations around Walt Disney World and Disneyland, or order them on the Disney Parks mobile app.