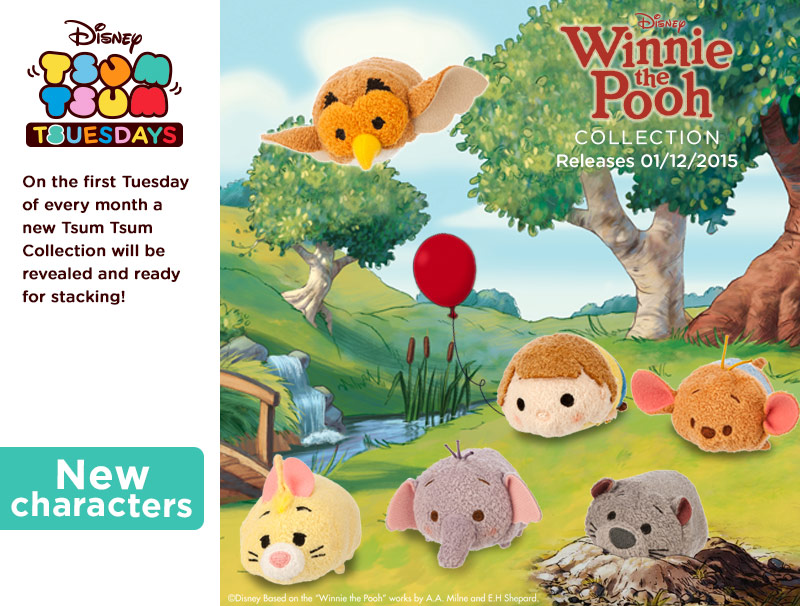 The next Tsum Tsum Tuesday will be on December 1 and many collectors have wondered what Disney would be releasing.  Well, we now know and its the Winnie the Pooh Tsum Tsum series.  The series will be released online and at Disney Stores in the US and the UK on December 1.  Below is a look at the graphic that was released by Disney this morning.