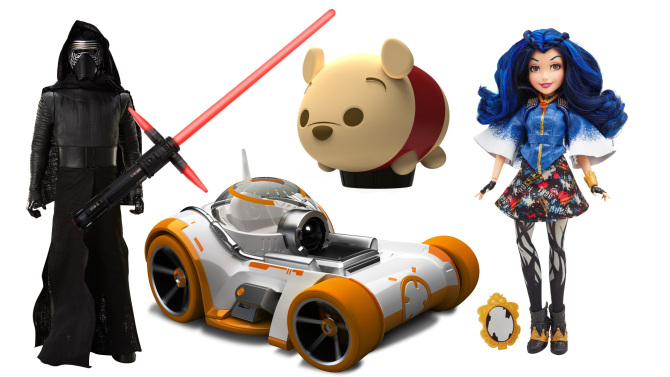 Variety Magazine posted an article earlier today listing the top Disney Toys of the 2015 Holiday season. Obviously the new Star Wars toys were one of the top ones, but also on the list were Tsum Tsums.  There are a lot of plans for the Tsum Tsum lines as more of the plush and other merchandise from the line will be released this Fall at Disney Stores, Disney Parks and at Target Stores.  Below is a look at the excerpt from the magazine and a link to the article online featuring the rest of the list of hot new Disney Toys.

Not familiar with Disney’s Tsum Tsums? From the Japanese word for “stack,” the ridiculously cute plush characters feature giant heads and oblong roly-poly bodies, and are available in an easy-to-collect mini size for $4.95 as well as a medium and large size. There’s also an equally addicting mobile game for even more synergy. Many compare the craze to the Beanie Baby, thanks to limited releases. Tots and collectors stalk the Disney Store, website and the theme parks to collect, especially on Tsum Tsum Tuesdays. At D23, a $24.95 per month Tsum Tsum subscription was announced. Also introduced at their Holiday Toy preview were vinyl figure Tsum Tsums and adorable, interlocking Tsum Tsum lip balms.