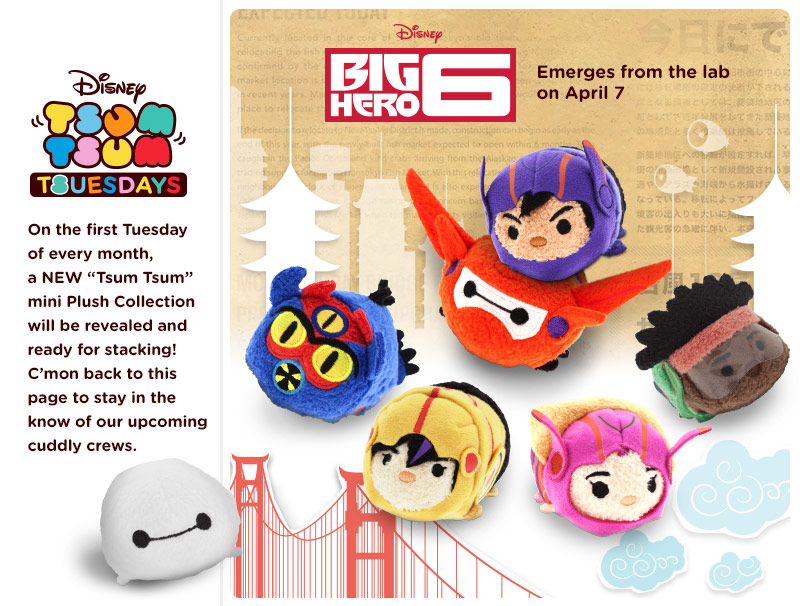 Tsum Tsum Tuesday returns tomorrow with the release of the long-awaited Big Hero 6 Tsum Tsums.  The series will be released online at Disneystore.com and in Disney Stores tomorrow, April 7.   The series will include: Nurse Baymax, Armor Baymax, Honey Lemon, Go-Go Tomago, Hiro, Fred and Wasabi-No Ginger.  Each Tsum Tsum will retail for $4.95 each and should be available on Disneystore.com at just after 3am EST tomorrow morning.  Below is a preview of the new set and the link to the Tsum Tsum section on Disneystore.com.  Also, for a detailed look at the series, check out the Big Hero 6 Tsum Tsum Gallery.