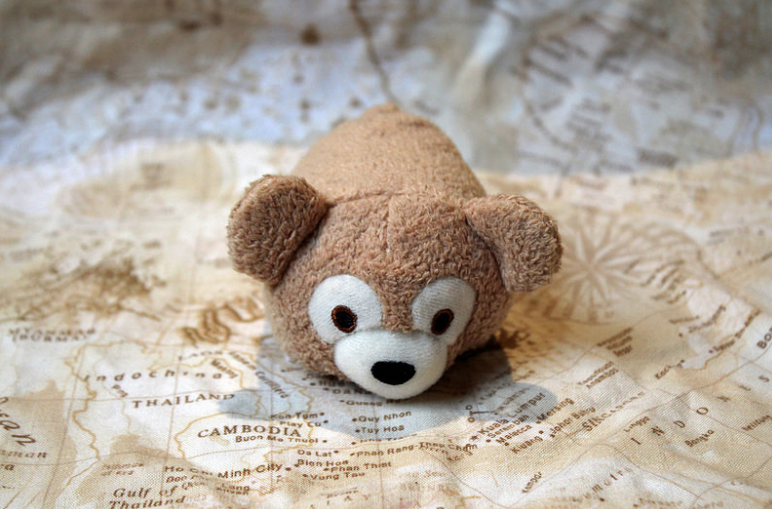 Tsum Tsum of the week: Duffy the Disney Bear by Hilde Heyvaert

This week we put the stackable focus on Mickey Mouse’s loyal traveling companion from Japan, Tokyo Disney Sea to be exact: Duffy the Disney Bear.  Ironically, you can only purchase the Duffy Tsum Tsums (mini and medium) as well as the Shellie May ones (also mini and medium) at Hong Kong Disneyland.  If you can’t physically visit that park, and don’t have a friend in China who can help you out, you’ll have to do what most Tsum Tsum collectors are doing: buy off Ebay.  They are rather more expensive there than what you’d pay for a Tsum Tsum in store, but not as extravagantly priced as some Japanese exclusive or rare Tsum Tsums on there. 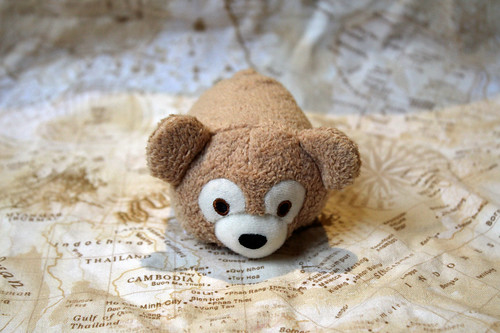 The Duffy Tsum Tsum is a little different than the others, it’s a little bit bulkier and heavier even though it has the same measurements as the others. And it has a cute little Mickey Mouse head silhouette embroidered on its bum. 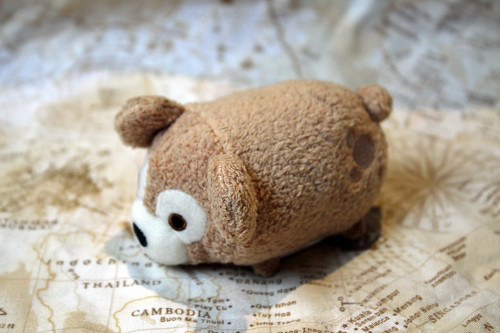 Now for those that are unfamiliar with the backstory of Duffy I will summarize it.
In Japan, Mickey Mouse often went sailing for quite some time on end, which made Minnie worry that he would get lonely. To avoid that, she made Duffy, a loyal teddybear companion to keep Mickey company on his long journeys, so he’d never get lonely at all. 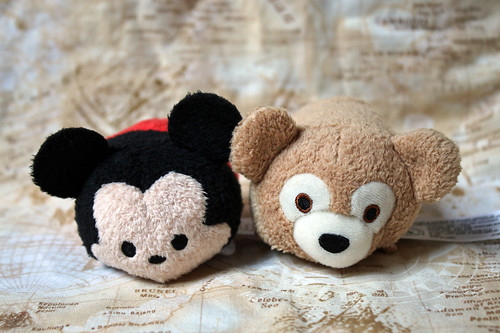 Of course, Tsum Tsums aren’t the only available Duffy merchandise. Whilst he was originally a Tokyo Disney Sea exclusive character, and appears in no cartoons but does have his own little introduction book telling his story, he has since appeared in pretty much every Disney themepark and in some Disney Stores also.

And of course, Tsum Tsum Duffy makes for a fun companion to take along with you as he is as compact as he is cute. 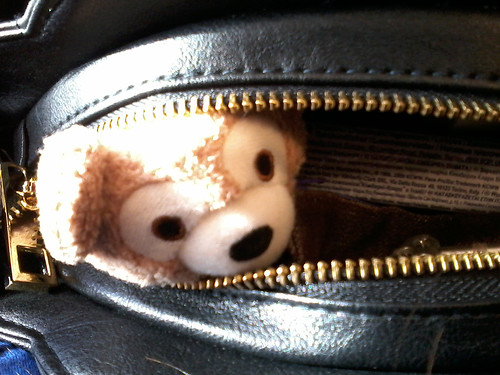 Text and photography by Hilde Heyvaert