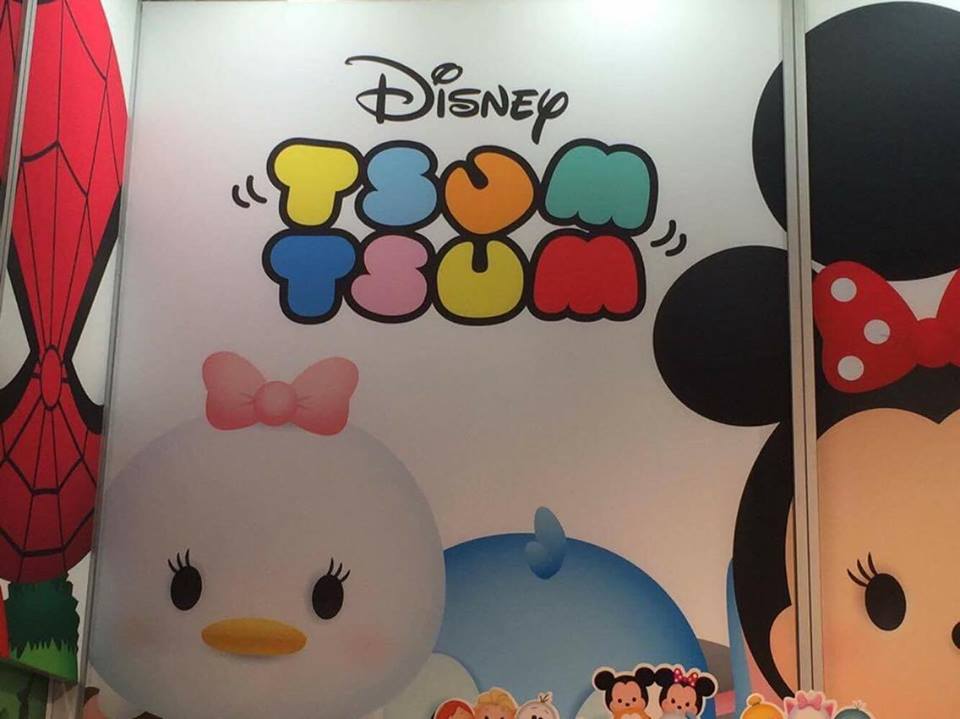 We have some fun previews of the Tsum Tsum booth from the San Diego Comic Con. There is tons to see from Star Wars, to Marvel, and  Disney Villians as well as a few things in between. Lets get this Con started with a few pictures from around the booth. 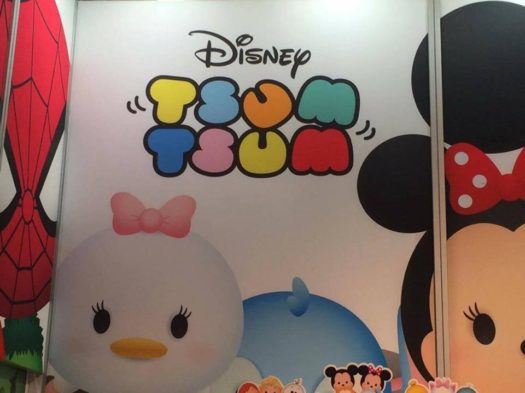 Now that were past that I know your asking, WHAT’S FOR SALE?????

First up we  have the chrome heroes Baymax, and Captain America arriving to save the day. These are retailing for $15 and for now only available at the Con.

Then Marvel comes in with the knock out punch of all the cute super heroness you could want. The Ladies of  Marvel showed up and are currently available to order now. They are also showing off  some of the new series of vinyl stacking marvel mini Tsums from Jakks Pacific . 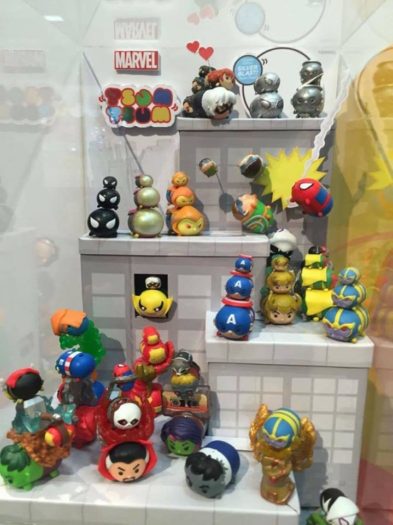 Moving on, we have a lot of the merchandise for the upcoming villains Tsum Tsum set that will be reeking havoc later this year, including Tsums and villainous mugs for all your beverage sipping while laying out your evil deeds  .

In a not so far away galaxy we have  the exclusives to San Diego Comic Con the Star Wars set of Han Solo and Greedo, priced at $15 and a Limited Edition of 2500 set , as well as  the Cinema Disney gang  Tsum Tsum set to keep you company during all the panels, this set of 4 is priced at $35 and is also a LE of 2500. 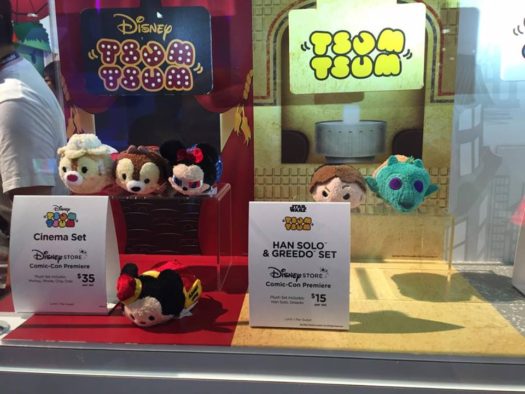 Lastly we have a Minnie Mouse costume outfit so cute for little ones (or the big ones if you wanna give it a go), and a plethora of  other Tsum Tsum merchandise including a cosmetic bag, lip smackers and other bag cases, that will be released throughout the rest of the year. 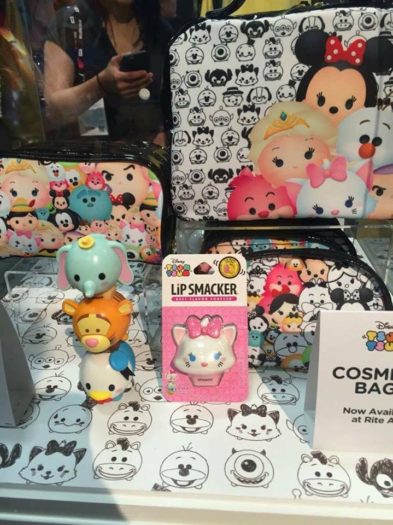 We want to know in the comments which ones are you most excited about.

As always stayed tuned to www.disneytsumtsum.com for all your tsum tsum news.