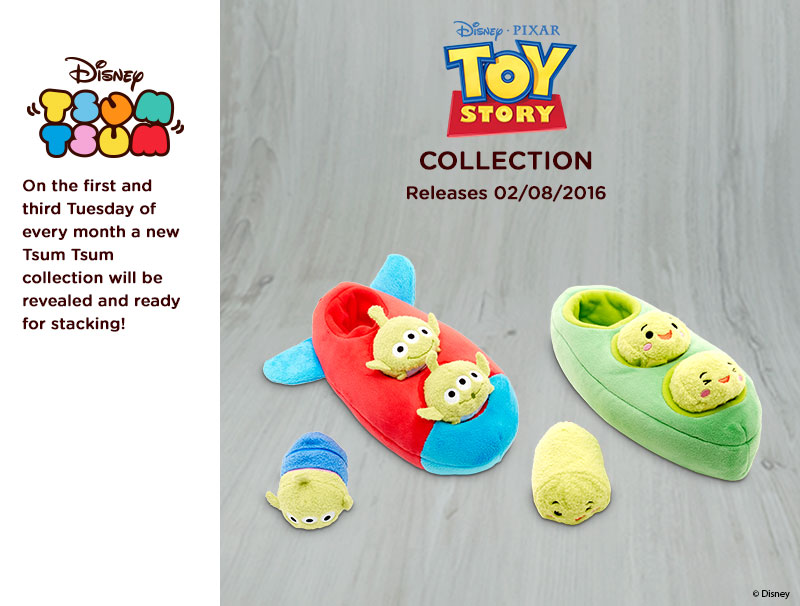 Disney will be releasing the Three Peas in a Pod and Alien Rocket Tsum Tsum sets on Aug. 2.  The sets were previously released in Japan, but will now be available here in the US on Disneystore.com, Disney Stores in the UK and Europe and possibly online at their respective Disney Stores.

Note: Information we received earlier today indicates the sets will only be available online at Disneystore.com here in the US.