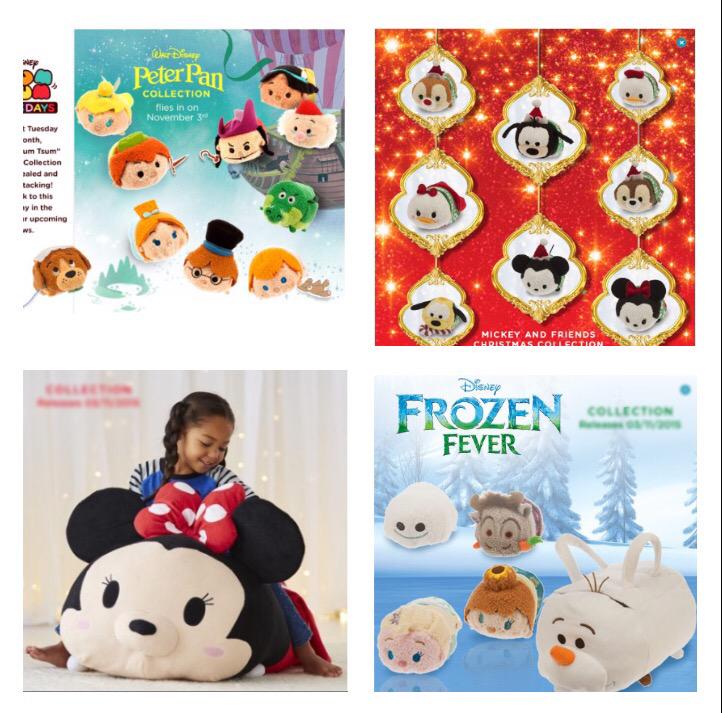 The Peter Pan collection will retail for $4.95 per Tsum Tsum and includes 10 mini Tsum Tsums. Tinker-Bell, Peter Pan, Tiger Lily, Wendy, John, Michael, Nana (the dog) Captain Hook, Smee and Tick-Tock. The series should retail for $4.95 each and be available at Disney Stores and online at Disneystore.com.

Disney will also be releasing the Mickey and Friends Christmas Collection on November 3.  The series includes Mickey, Minnie, Daisy, Donald, Goofy, Pluto, Chip and Dale all dressed in their Christmas outfits.  The series should retail for $4.95 each and be available at Disney Stores and online at Disneystore.com.

Note: The graphics are from the UK Disney Store. This release and date should be the same as the release in the US. 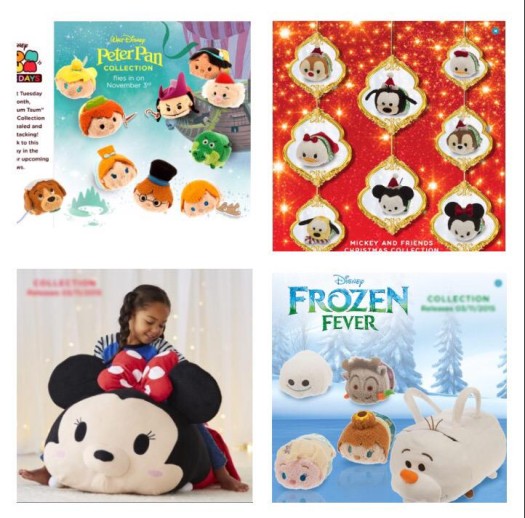