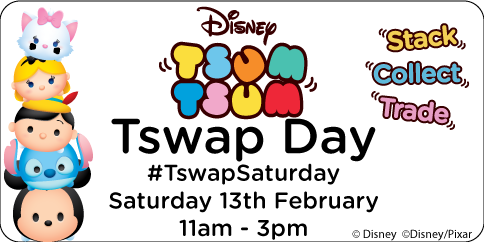 If you live in the UK and collect the Tsum Tsum squishes, The Entertainer is hosting Tsum Tsum Tsway Day on Feb. 13.  The day is designed for collectors to Trade Tsum Tsums Squishies for the ones they may want, or need, for their collection.  The event will be held at all Entertainer store in the UK from 11am – 3pm.  Below are all of the details and trading rules that were released by The Entertainer for the event.

Missing that elusive Tsum Tsum from your collection? Get down to your local Entertainer on 13th February between 11am and 3pm for Tsum Tsum Tswap Day!
For one day only, you’ll get to meet fellow fans and trade Tsum Tsums for ones you really need. You’ll have the whole collection in no time!
#TswapSaturday 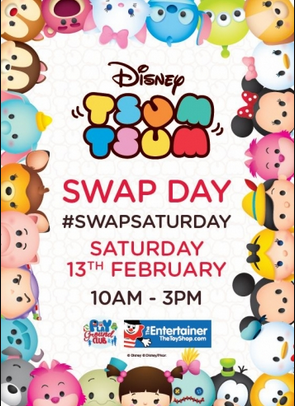