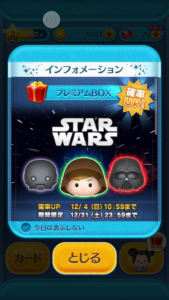 New Star Wars tsum tsum are here! 2-1B, Anakin, and Darth Vader. 2-1B is a robot who has helped humans heal before and is caring. Anakin is sensitive to the force and later becomes the Sith Lord Darth Vader. Darth Vader is a powerful Sith Lord. Two of these Tsum Tsum are musical Tsum Tsum: Anakin and Darth Vader! This Lucky Time is up until 12/4. 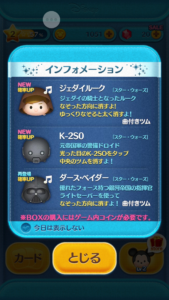