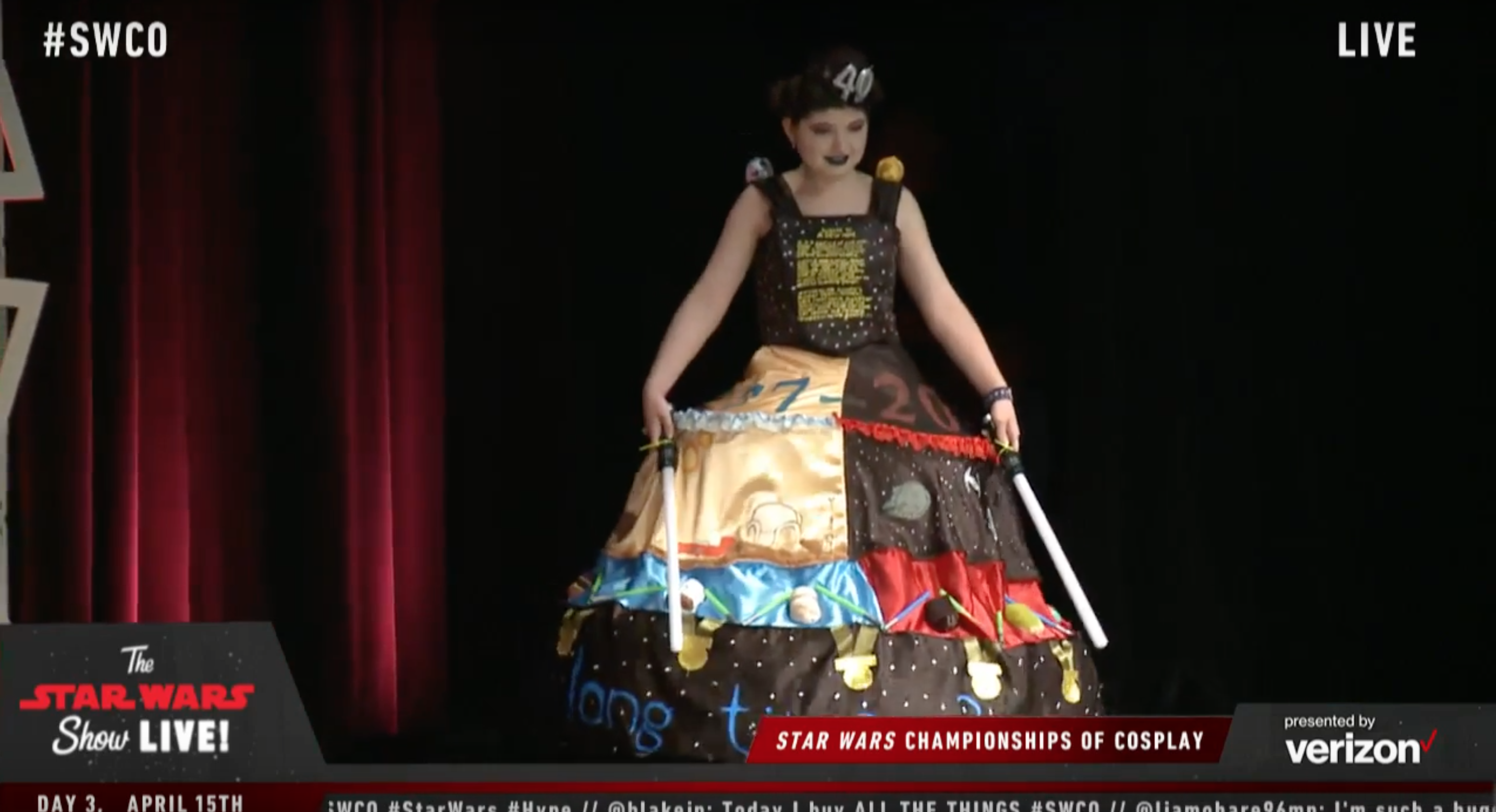 While there wasn’t a lot of Tsum Tsum news coming out of Star Wars Celebration in Orlando this weekend there was one instance where the lovable plush took center stage.  During the Star Wars Cosplay Championships, Lauren Arnold (@dreamcatcher_cosplay) appeared on stage in her cosplay dress called “Happy 40th Anniversary Star Wars”.   The dress not only featured the opening crawl, two halves representing the Lightside and the darkside, but it also featured Tsum Tsums.  Below is a look at the adorable dress on stage as well as a few photos from her Instagram page (@dreamcatcher_cosplay) of the progress of the dress.

On Stage at the Star Wars Celebration Orlando Cosplay Championships

I’m so close to being done!! #SWCO #starwarscelebration #orlando2017 #cosplaycontest