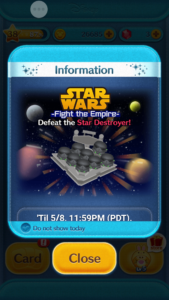 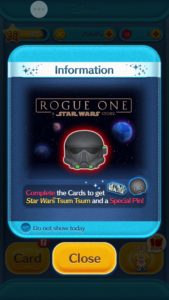 Complete the Cards to get Star Wars Tsum Tsum and a Special Pin! 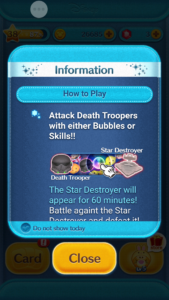 How to play: Attack Death Troopers with either Bubbles or Skills! The Star Destroyer will appear for 60 minutes! Battle against the Star Destroyer and defeat it! After the time is up, it will retreat!

And watch out! Star Destroyers will reappear if you run out of time. There are a total of 30 cards! 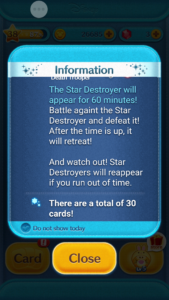 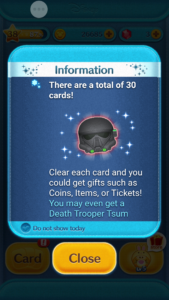 Clear each card and you could get gifts such as Coins, Items, or Tickets! You may even get a Death Trooper Tsum Tsum!

Tips: Use these Tsum Tsum to get bonus points to make it easier to play the event. You can support your friends for this event!

button and choose the battle you want to join! 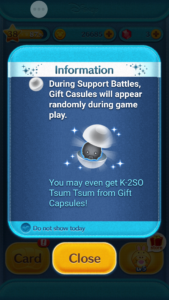 You may even get K-2SO Tsum Tsum from Gift Capsules!