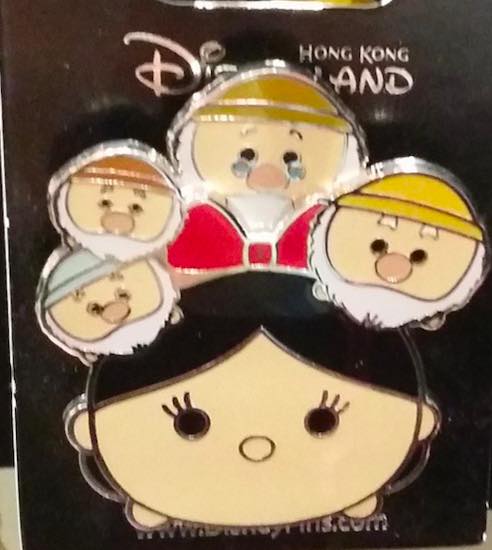 A new Snow White Tsum Tsum pin has surfaced at the Hong Kong Disneyland Resort. The photo surfaced when the Disney Pin Blog posted an article featuring the awesome new pin from Disney. No word if Disney plans on releasing the pin in Japan or in the US, but be sure to be in the look out for the already announced Disney Tsum Tsum Mystery Pin set in the near future.