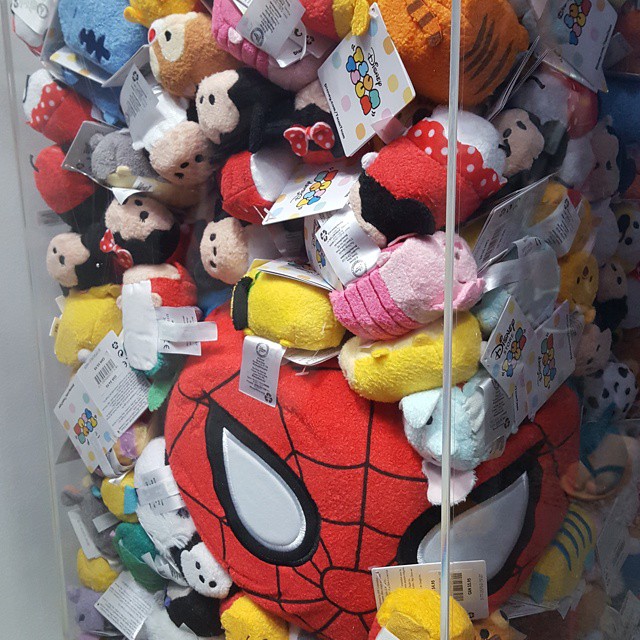 We are at Comic Con and Disney has an entire booth dedicated to Tsum Tsums. They have a few interactive displays, a count the Tsum Tsums contest and upcoming merchandise on display. In the “count the Tsum Tsums” display, Disney actually placed a Spider-Man Tsum Tsum into the case. Also, on the display near the center of the booth were a stack of Large Tsum Tsums. Right on top was a Hulk Tsum Tsum. Marvel Tsum Tsums are scheduled to be released this Fall at Disney Stores and Disneystore.com.