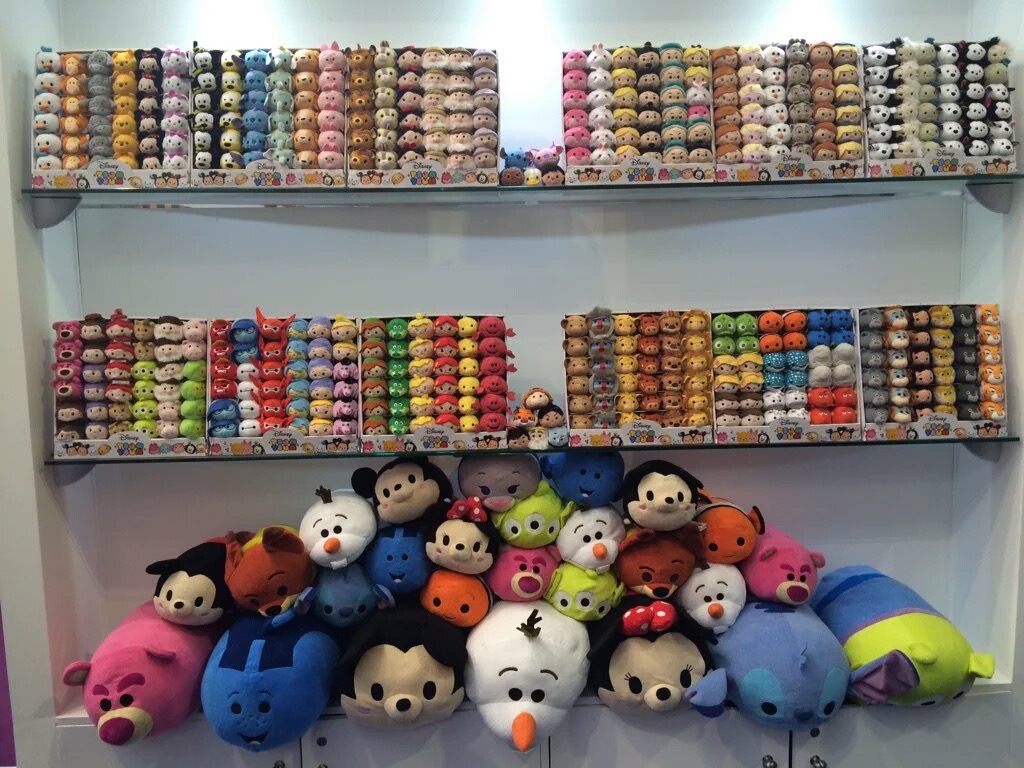 New images of several unreleased Tsum Tsums series have appeared at a UK toy show this weekend including Tangled, Dory and Jungle Book minis as well as some mediums and larges.

Included in the Tangled preview are Rapunzel, Flynn Rider, Pascal and Maximus. These Tsum Tsums are rumored to be hitting Disney Stores for March’s Tsum Tsum Tuesday and look similar to the leaks previously spotted on eBay.

Disney is releasing a live action Jungle Book movie on April 15, 2016, so it is likely that we will see these Jungle Book Tsum Tsums at the Disney Store for April or May.

With the upcoming Dory movie scheduled to hit theatres on June 17, 2016, it’s also not a surprise that Disney would release new Tsum Tsums for the movie. In the picture, Dory, Nemo/Marlin are seen as well as new characters: Destiny the shark, Bailey the beluga whale, Hank the (red) octopus. Also previewed are Dory medium and large Tsum Tsums.

Posh Paws Intl. is a licensed retailer in the UK, similar to Clintons (also UK), and Target, PC Penny and Walmart in the US. It is highly likely that these are just a few of the characters that will be available in the Disney Store.