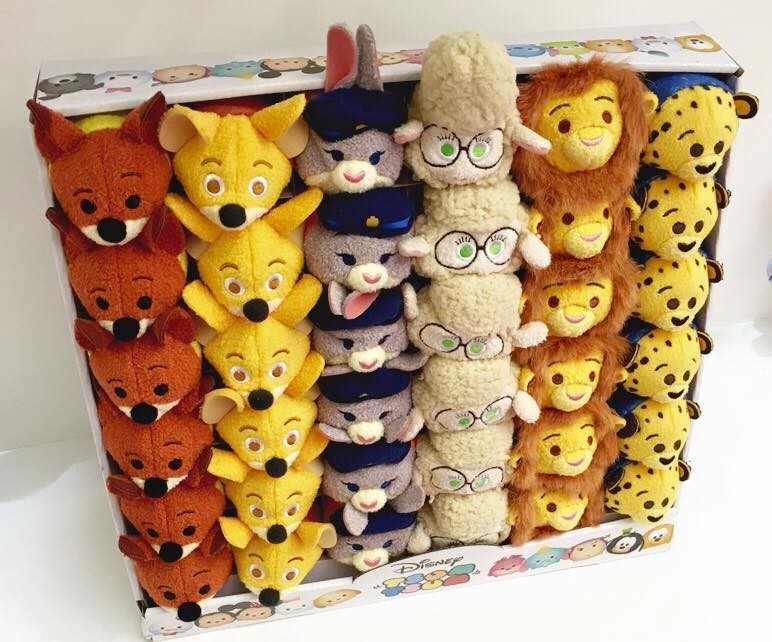 Also previewed at a UK Toy show this weekend were 6 more Zootopia Tsum Tsums. It had been rumored previously that Target and other retailers may have different Tsum Tsums from the 13 scheduled to be released at the Disney Store on February 2, 2016.

From a comparison of the new Tsum Tsums previewed, it appears that there will be at least 6 more Zootopia Tsum Tsums released. Although no new characters were previewed, all 6 are slightly different from their Disney Store counterparts, including:

Most are shown to have regular facial expressions, but the most noticeable difference is seen with Lt. Judy Hopps as she is wearing her police officer’s hat.