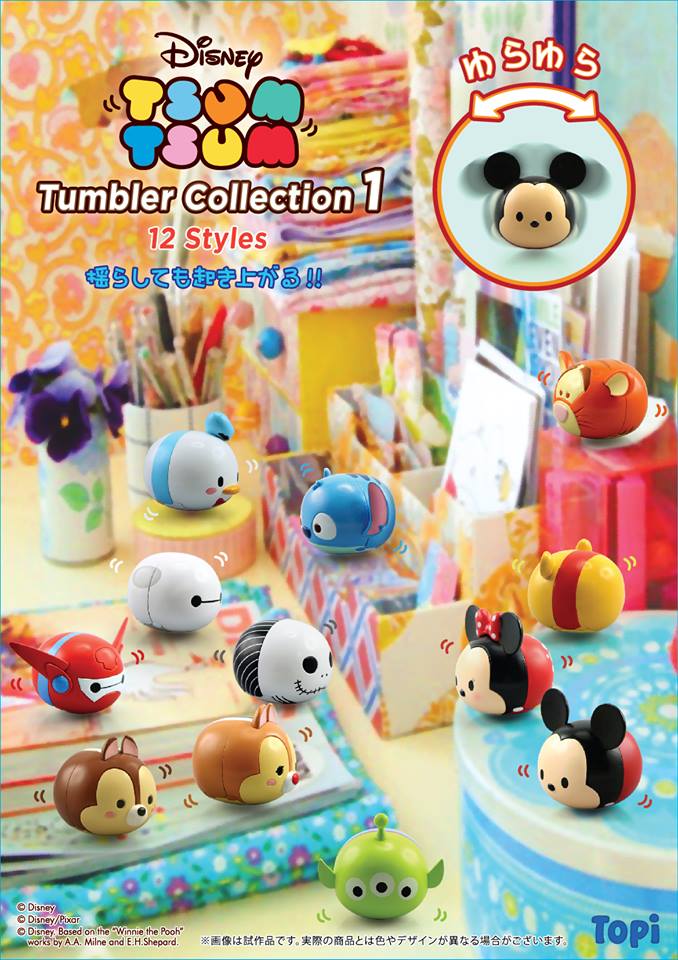 Sentinel International has announced two new Tsum Tsum collectibles that will be released very soon.  One of those collectibles is a collection of Tsum Tsum “Tumblers”.  Tumblers Series 1 features 12 differest characters including Mickey, Minnie,Pooh, Tigger, Alien, Jack Skellington, Stutch, Donald, Armor Baymax, Nurse Baymax, Chip and Dale.  Look for these new collectibles from Sentinel to be released at some point this month in various worldwide markets.