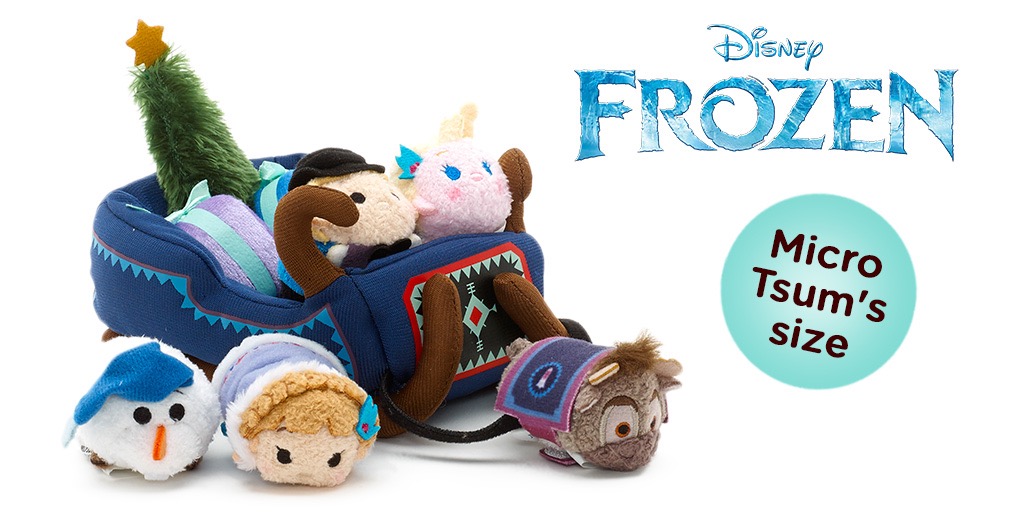 The first Tsum Tsum Tuesday in October will be a big one for fans in the UK and Europe. Today UK Disney Store released a preview of the upcoming Frozen Micro Tsum Tsum set. The new set includes Anna, Elsa, Sven, Kristof and Olaf along with a plush sleigh. The set will be released on Oct. 3 online and at Disney Stores in the UK and Europe. Also look for the new set at Disney Stores and Disneystore.com on Oct. 10, a week after the UK/Europe release.