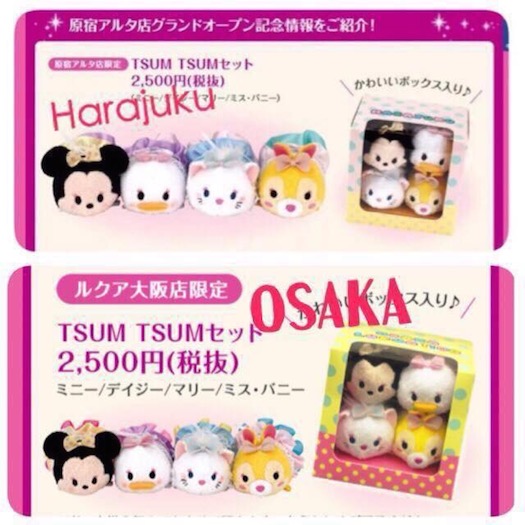 Last week Disney Store Japan release the Limited Edition Harajuku Tsum Tsum set in Japan.  Now as Disney Tsum Tsum fans prepare for the next Harajuku Set release in Osaka, a photo has surfaced revealing that the Osaka set will be in different packaging.  The photo also shows the 4 Tsum Tsums that look slightly different.  We are not sure if there will be a difference or just a different angle.  Either way, the new limited edition Tsum Tsum set will be released April 2 when the second Disney Store for adult women opens in Osaka’s Lucua 1100 building.