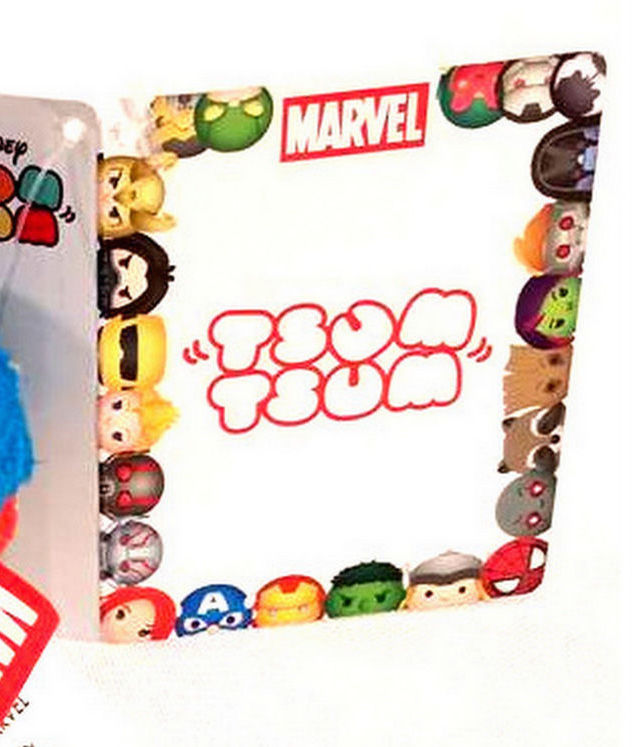 Today a couple of photos the upcoming Iron Man and Captain America Tsum Tsums surfaced, but what is more interesting is the tag that was on the Tsum Tsum. Pictured on the tag are Marvel Tsum Tsums that look to be released in the near future. Not only do we see the Tsum Tsums that look to be released in October (Captain America, Iron Man, Thor, Spider-Man, Black Widow, and Hulk), but it also features the Guardians of the Galaxy Tsum Tsums and much more. A Guardians of the Galaxy Collection looks to include: Drax, Rocket Raccoon, Groot, Gamora, Star-Lord and Ronan.  Also in the photo is Venom, War Machine, Vision, Loki, Winter Soldier, Ant-Man, Ultron and a few others.  As always, stay tuned for more information about the upcoming Marvel Tsum Tsums