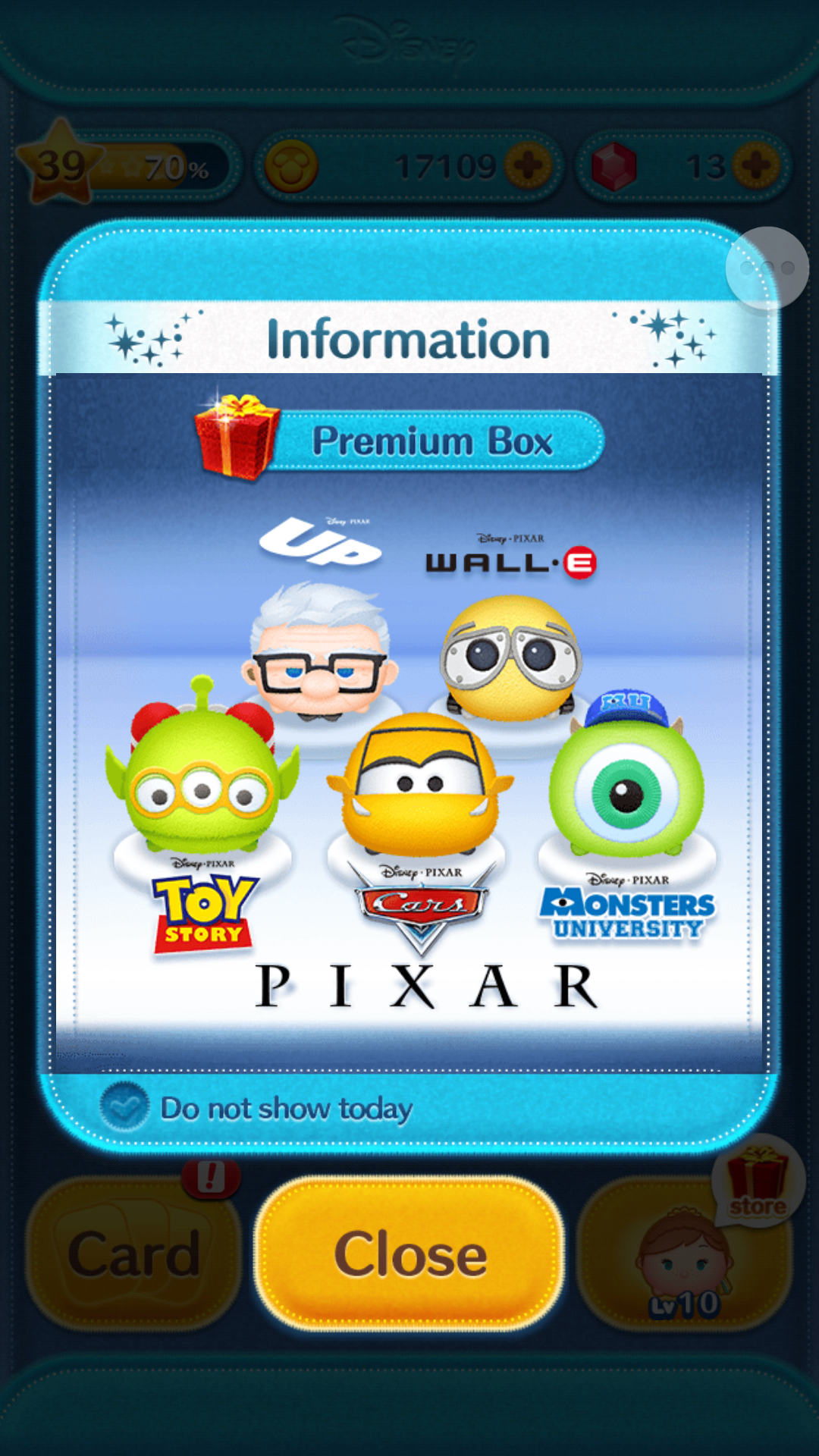 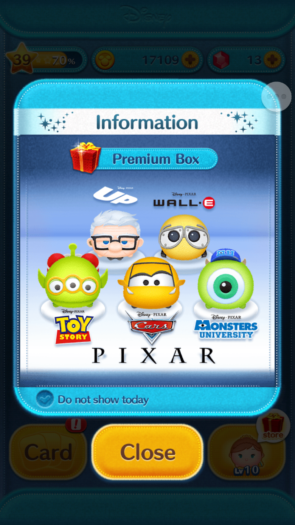 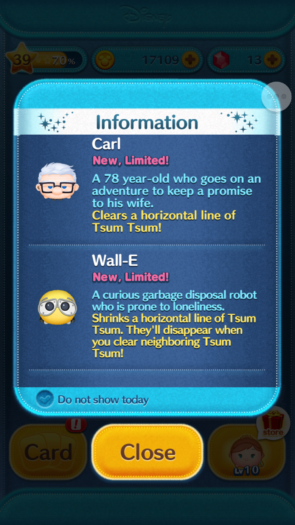 All the Pixar Tsum Tsum in the Disney Tsum Tsum app are there ’til 11/30!

a 78 year-old who goes on an adventure to keep a promise to his wife. Clears a horizontal line of Tsum Tsum!

A curious garbage disposal robot who is prone to loneliness. Shrinks a horizontal line of Tsum Tsum They’ll disappear when you clear neighboring Tsum Tsum!

An alien with a jet pack on its back. Spawns Aliens in a diagonal line!

The energetic friend who supports Lightning McQueen as he takes to the track again. Clears a diagonal line of Tsum Tsum! 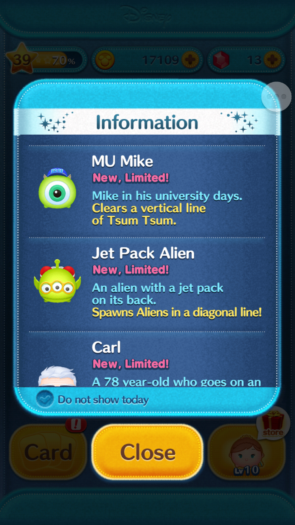 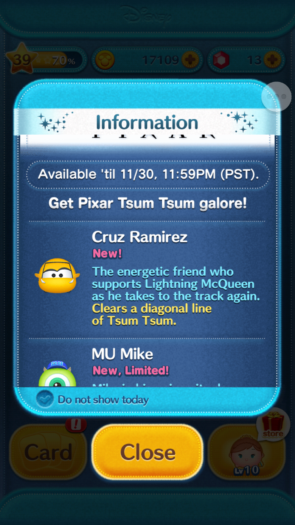