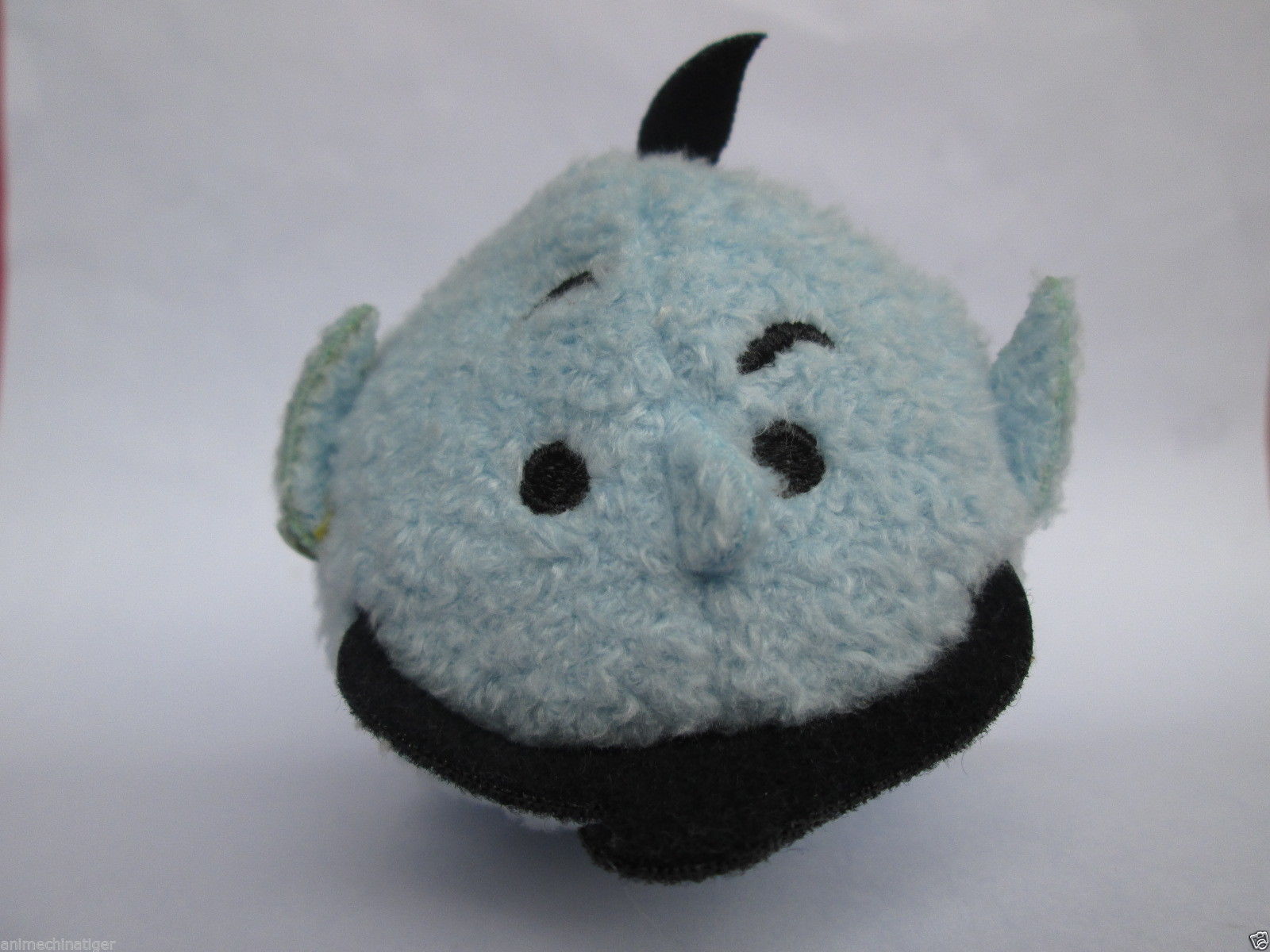 Today, photos of a Genie Tsum Tsum surfaced on the Internet.  The new Tsum Tsum looks to be released within the next few months and will most likely be a part of a larger Aladdin set.  While the tsum Tsum has surfaced earlier, the design may still change.  Also, while this Tsum Tsum gives us a glimpse at a future Tsum Tsum, we highly recommend not buying any Tsum Tsums that have surfaced early due to defects and uncleanliness.