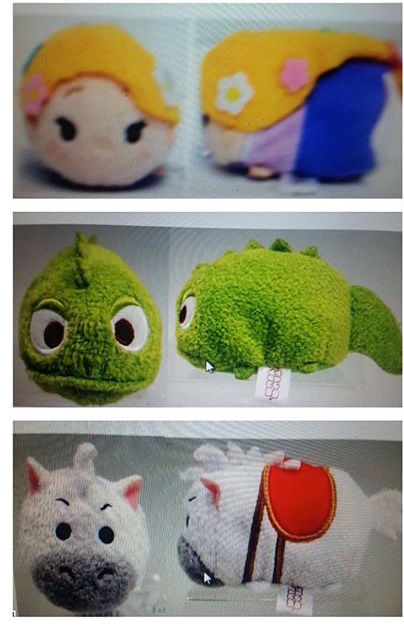 Photos of upcoming Tsum Tsums continue to surface.  This afternoon, photos of what appears to be Rapunzel, Pascal and Maximus surface on Instagram.  These are most likely prototypes, however we can confirm that the set will be announced Jan. 5 and released during Tsum Tsum Tuesday on February 2 at Disney Stores and Disneystore.com.