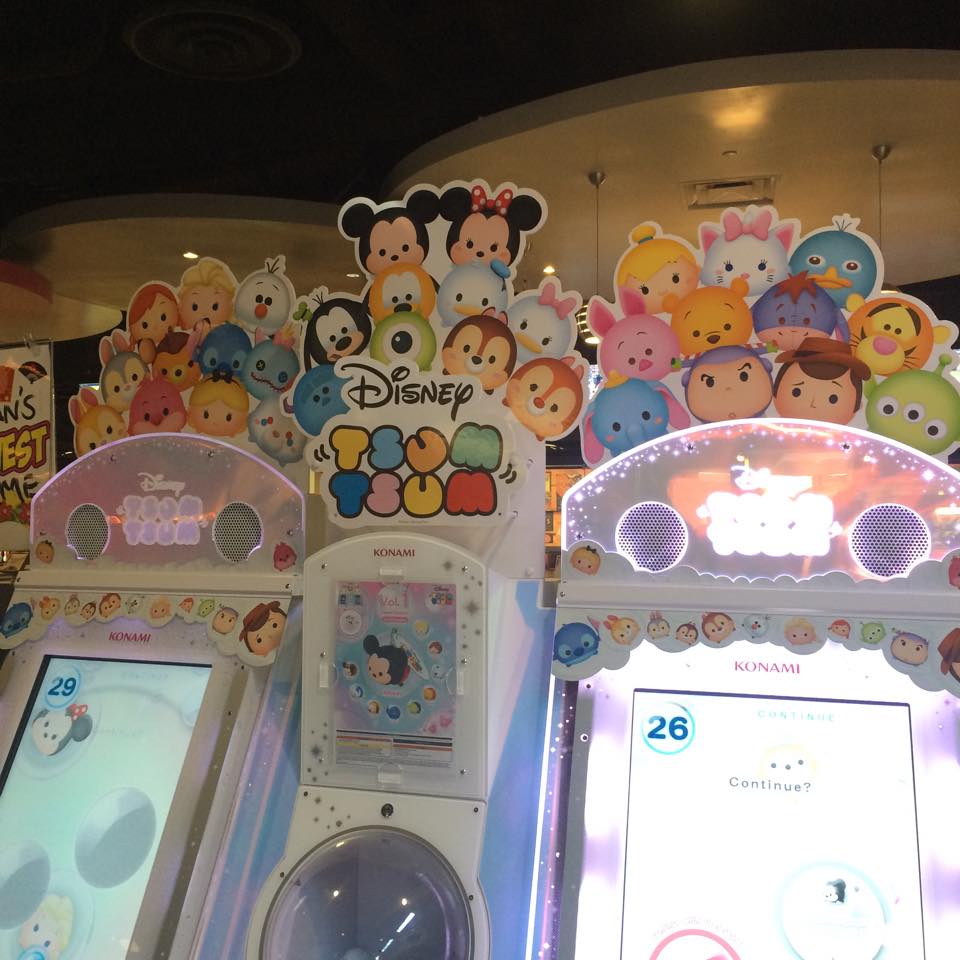 The Tsum Tsum Arcade Game made its debut a few days ago at Puente Hills Mall in City of Industry, CA.  The game is a much larger version of the mobile video game, except you can pay to get a Tsum Tsum.  To play the actual game it costs $1, but for $5 you can get a miniature Tsum Tsum and use it as part of the game.

There are 29 Tsum Tsum prizes that you can collect including the very rare Pink Minnie and Mickey.

Disney Tsum Tsum reporter Raul Rivas stopped by Round 1 at Puente Hill Mall and sent back a few photos and information about the game and the line to play it.

the line to play the Tsum Tsum Arcade game was about 45 minutes long.  There was people trading their duplicate Tsum Tsums for new ones, people were even trading in line.

Overall, the line and excitement surrounding the Tsum Tsum Arcade game brought back a lot of nostalgia of the glory days of Pac-Man, Centipede and Galaga.  Hopefully the developers and distributors will see the popularity and bring the Arcade version to a location near you.  Until then the Arcade is still available to play through Aug. 3 at Round 1 at Puente Hills Mall in City of Industry, CA.