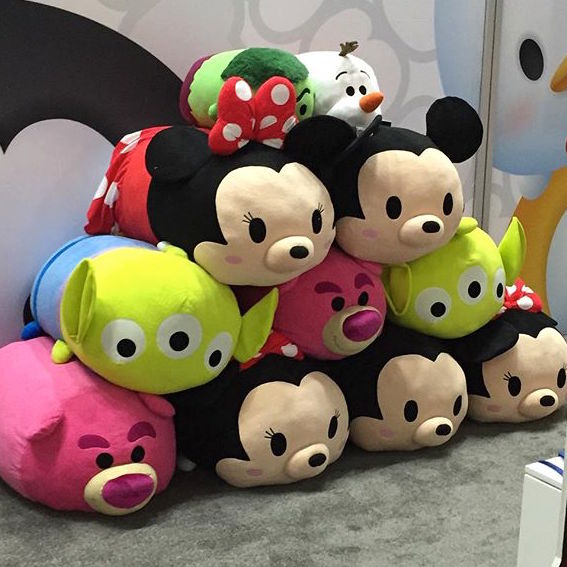 San Diego Comic Con is over, but it was nice to see Disney showcase the Tsum Tsum line at the show.  In case you missed it, the upcoming Nightmare Before Christmas series was revealed and we got our first official look at the Aladdin Series.  Disney also showcased the upcoming Tsum Tsum vinyl toys that will be available at Target this Fall.  Plus, there were the super Large Tsum Tsums and apparel on display.  Overall it was a fun booth and you could even win a pair of buttons if you got your picture taken at the booth. Below is a look at all of the photos from the booth and even the Preview Night sneak peek at the upcoming Marvel Tsum Tsums.