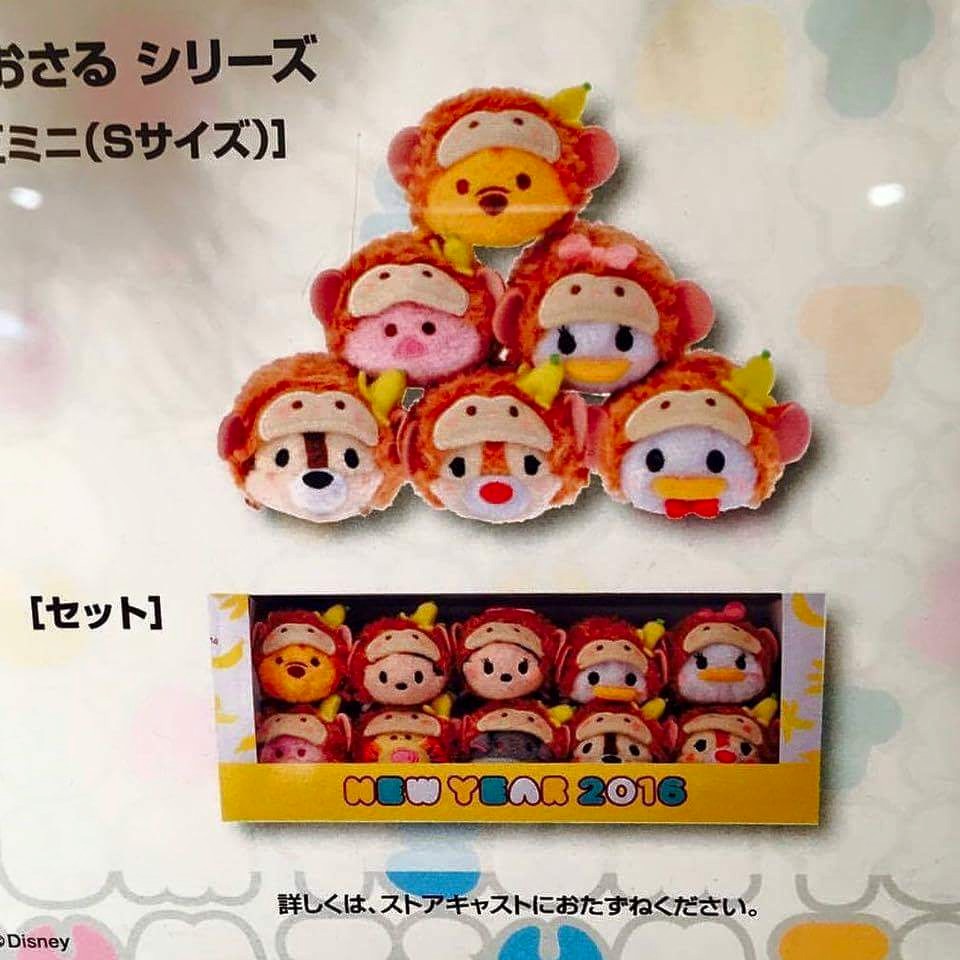 We’ve seen a few photos of the new Year of the Monkey Tsum Tsum set have surfaced over the past few weeks. However, tonight we have out first official look at the new set.  The set features Pooh, Piglet , Tigger, Eeyore, Chip, Dale, Donald, Daisy, Mickey and Minnie.  Also, it looks as if Mickey, Minnie, Tigger and Eeyore will only be available in the set, while the others will be released individually.  The set will be released at Disney Stores in Japan on Dec. 26.  Stay tuned for more photos and information about this great new set.