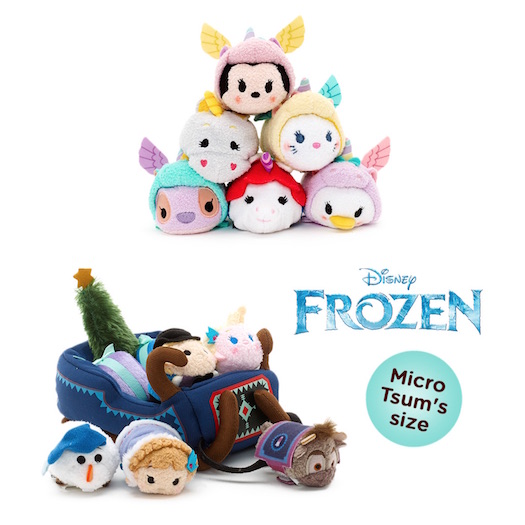 It’s almost Tsum Tsum Tuesday and there’s two new set being released in the UK and Europe.  The new Unicorn Tsum Tsum Collection and Frozen Micro Set are making their debut online and in stores in the UK and in Europe.  US Tsum Tsum fans shouldn’t worry as both sets will be released on Oct. 10 on the new ShopDisney.com and at Disney Stores.