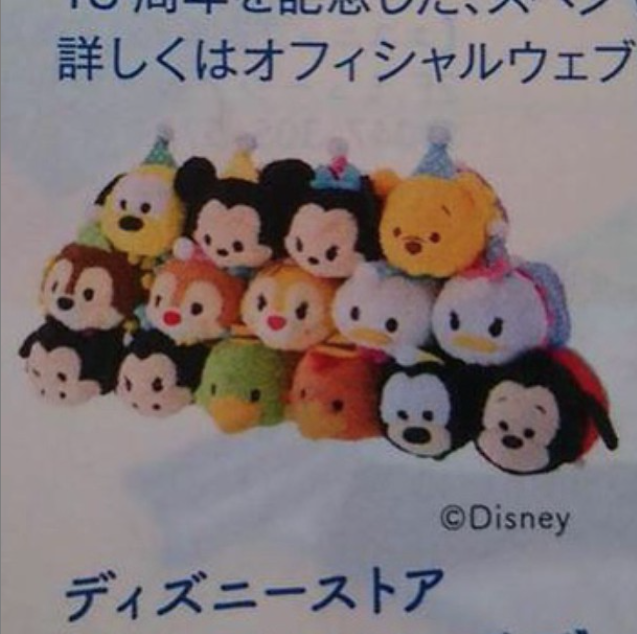 Photos are starting to surface of a new Tsum Tsum set that will be released next month.  The set will include 15 Tsum Tsums and is being released to commemorate the 15th Birthday of the Tokyo Ikspiari Disney Store at the Tokyo Disneyland Resort.  The set includes (top, l-r) Pluto, Mickey, Minnie and Pooh, (Middle, l-r) Chip, Dale, Clarice, Donald and Daisy, (Botton, l-r) Horace Horsecollar, Clarabelle, Jose, Panchito, Goofy and Max. The set looks to be released in July and hopefully we’ll have more details about the set very soon.