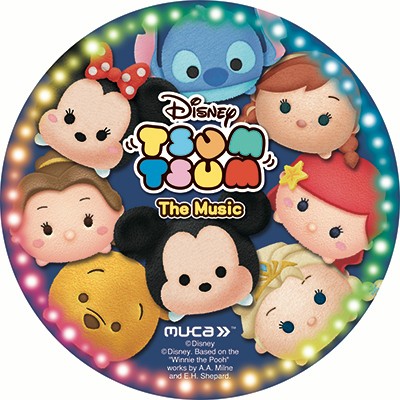 Disney’s Tsum Tsum plush are grooving again. The Tsum Tsum mini plush are adorable and the music is even cute. On April 22nd a new Disney Tsum Tsum music CD  titled  “Disney Tsum Tsum The Music (Fever Edition)” will be released. The CD features original music from some of Disney’s award winning animated films and classic cartoons.  Inside the jacket of the CD there is a little surprise included. A limited edition sheet of stickers featuring the plush cuties. No word yet if or when the CD will be released in the US.  Check out the video posted below for a sneak peek of the delightful sounds of Disney Tsum Tsum Music.

The Little Mermaid: “Under the Sea”