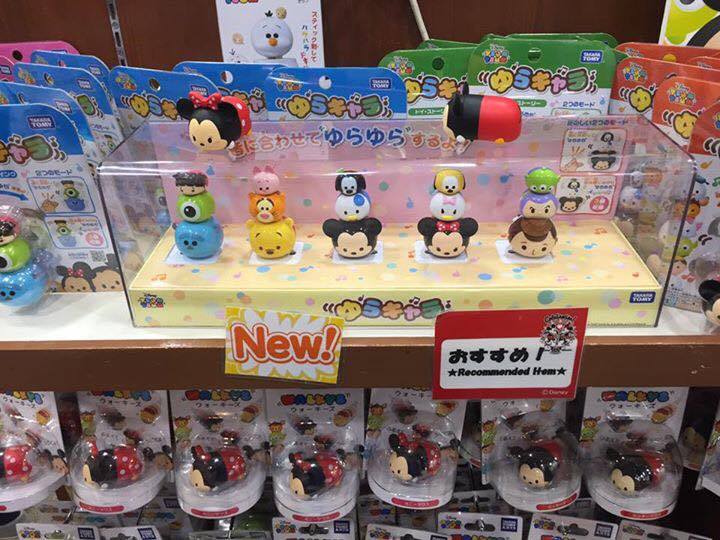 Two new sets of Tsum Tsum Collectibles by Takara Tomy were released in Japan. The new set of Yura Chara plays songs while swaying, including the Mickey Mouse March, Happy Birthday, and Heigh Ho. There are 5 different stacks to choose. Also released is a series of Tsum Tsum Walkys. These race around like mini cars and of course bring all of the cuteness of Tsum Tsums to a playable toy. Below is a look at the new Yura Chara as well as a look at the new Walkys. We’ve also included a video of the new Walkys in action.