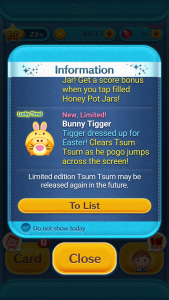 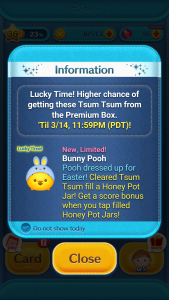 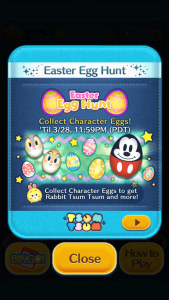 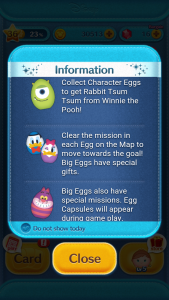 Collect Character Eggs to get Rabbit Tsum Tsum from Winnie the Pooh! Clear the mission in each Egg on the Map to move towards the goal! Big Eggs have special gifts! Big Eggs also have special missions. Egg Capsules will appear during game play. 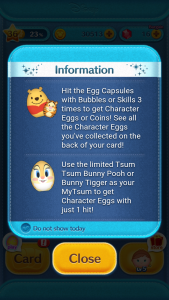 You’ll get a special Rabbit Tsum Tsum gift each time you finish the last mission on a Card! There are 3 Cards in total! Can you finish them all?