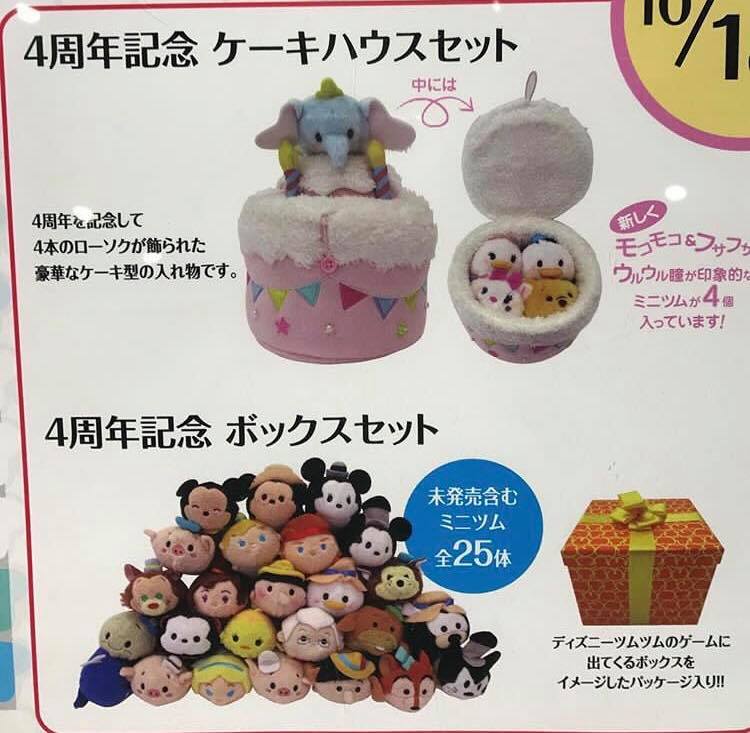 Hard to believe that Tsum Tsums are almost 4 years old, but they are. Earlier today a photo of upcoming releases in Japan revealed the upcoming Tsum Tsum 4th Anniversary Set and Dumbo Cake Set.   The 4th Anniversary set looks to include a number of rare designs while the Birthday Cake Set will include Dumbo, Donald, Daisy, Marie and Pooh Tsum Tsums.  Look for both of these sets online and in stores in Japan on Oct. 18.