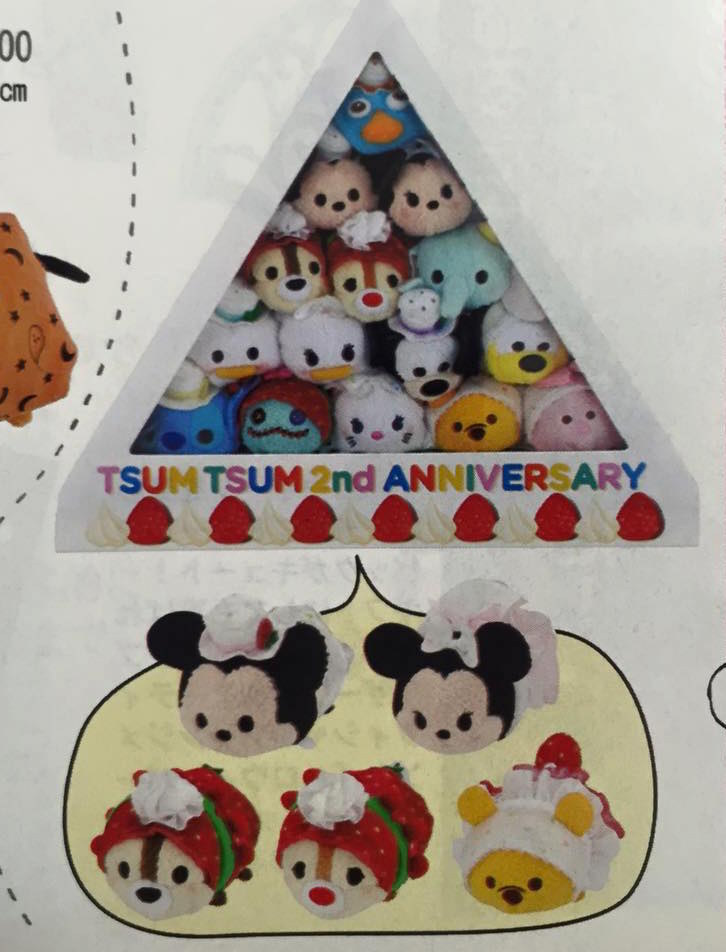 Photos have surfaced tonight of a new Tsum Tsum 2nd Anniversary Set that is scheduled to be released on Oct. 18. The set will be LE 5000 and looks very similar to the Ikspiari set that was released a few months ago. The new set will feature 15 different, and new, Tsum Tsums including: Mickey, Minnie, Perry, Chip, Dale, Dumbo, Marie, Donald, Daisy, Pooh, Piglet, Stitch, Scrump, Goofy and Pluto. As always, stay tuned for more details about this great new Tsum Tsum set.