The second set from the Tsum City of playsets is the new Mickey’s Donut Shop playset. The new playset Way back at D23 Expo in July, Jakks Pacific introduced all of their new products that were being released within the next 8-12 months.  Among the upcoming releases were the Tsum City Playsets.  Now, 6 months later, the first of the Tsum City playsets have been released online at Target.com.  Below are photos of the 16 piece set including a look at the three Tsum Tsums that are included in the set.  Click on the link below to order the new set, which retails for $14.99 per set. 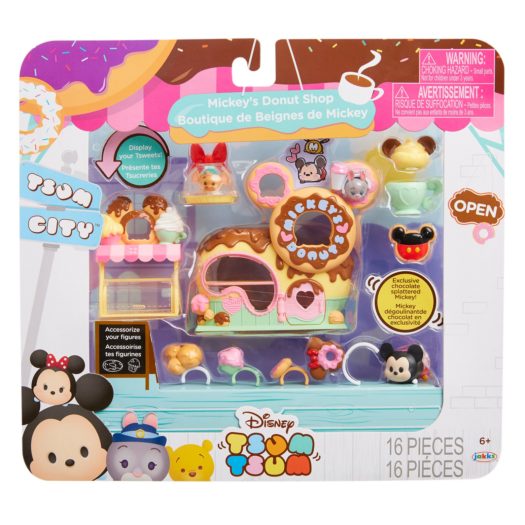 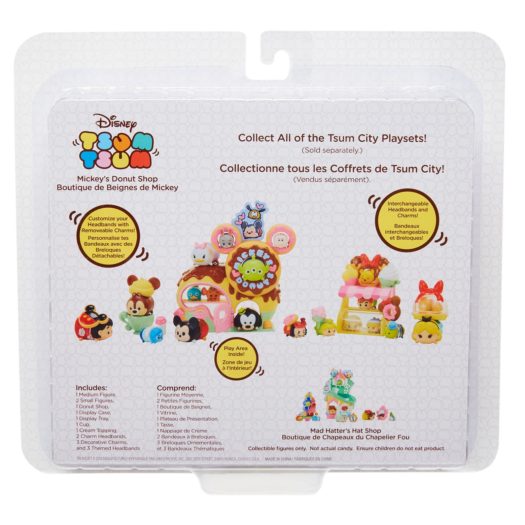