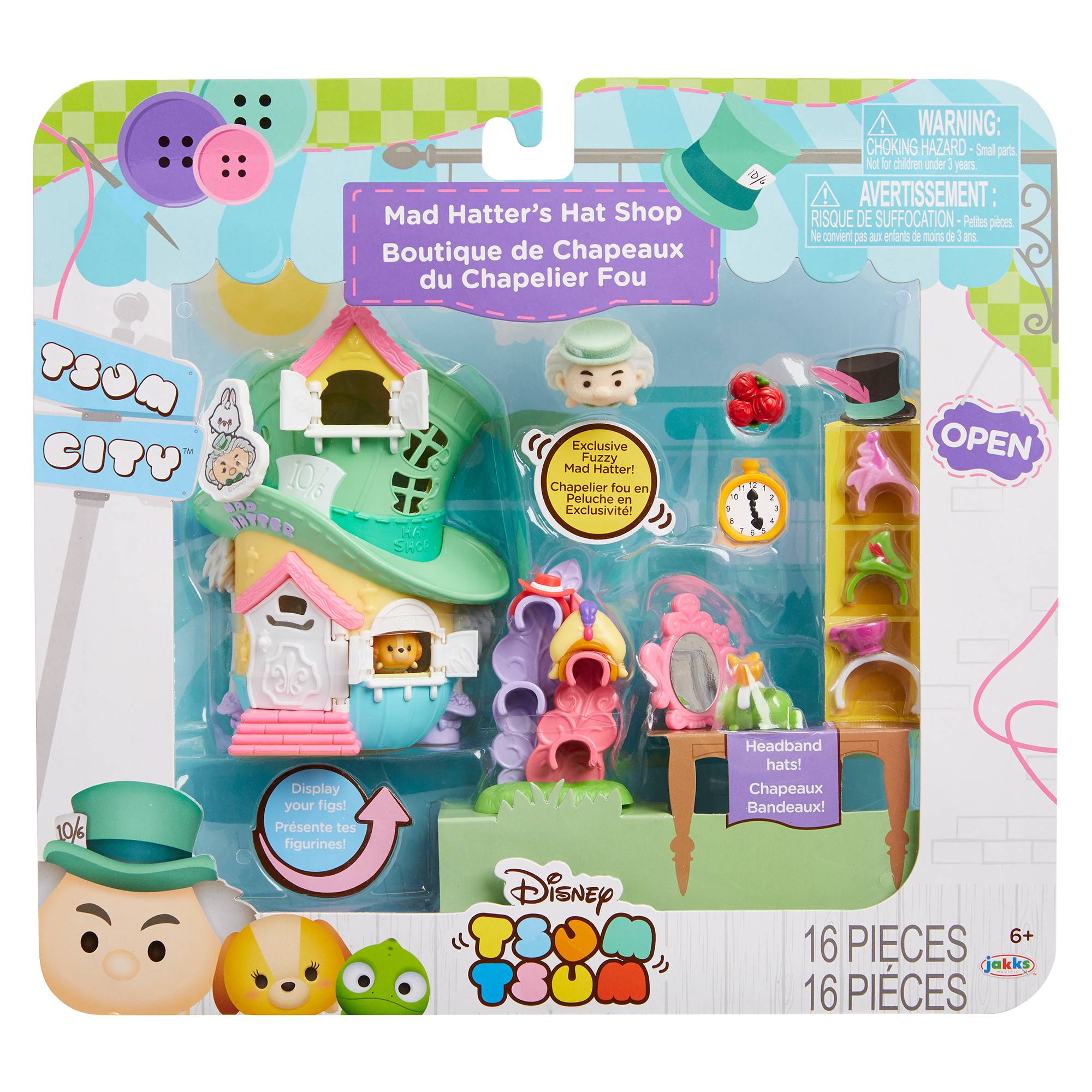 Way back at D23 Expo in July, Jakks Pacific introduced all of their new products that were being released within the next 8-12 months.  Among the upcoming releases were the Tsum City Playsets.  Now, 6 months later, the first of the Tsum City playsets have been released online at Target.com.  Below are photos of the 16 piece set including a look at the three Tsum Tsums that are included in the set.  Click on the link below to order the new set, which retails for $14.99 per set. 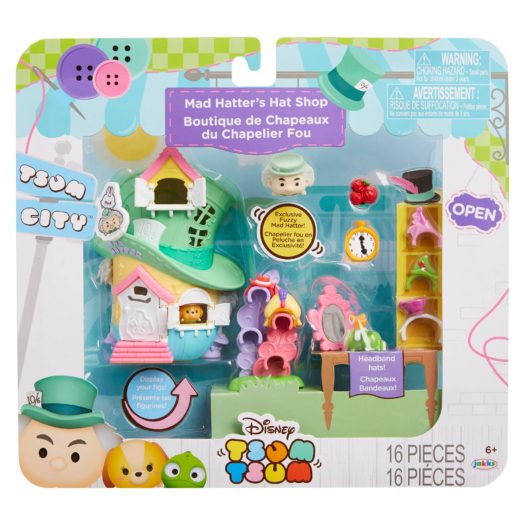 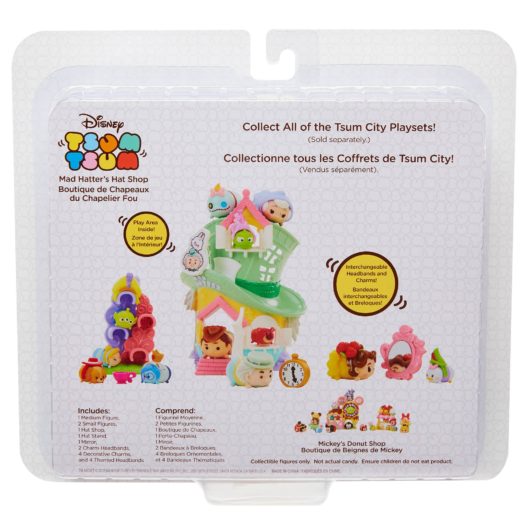 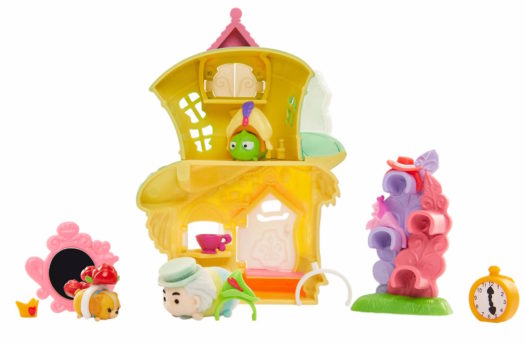 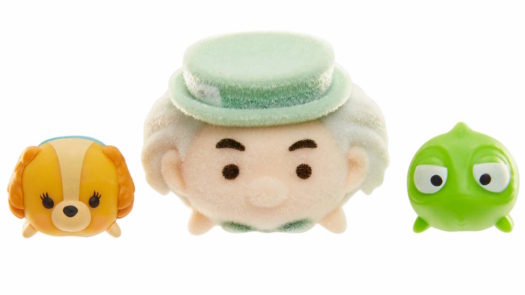