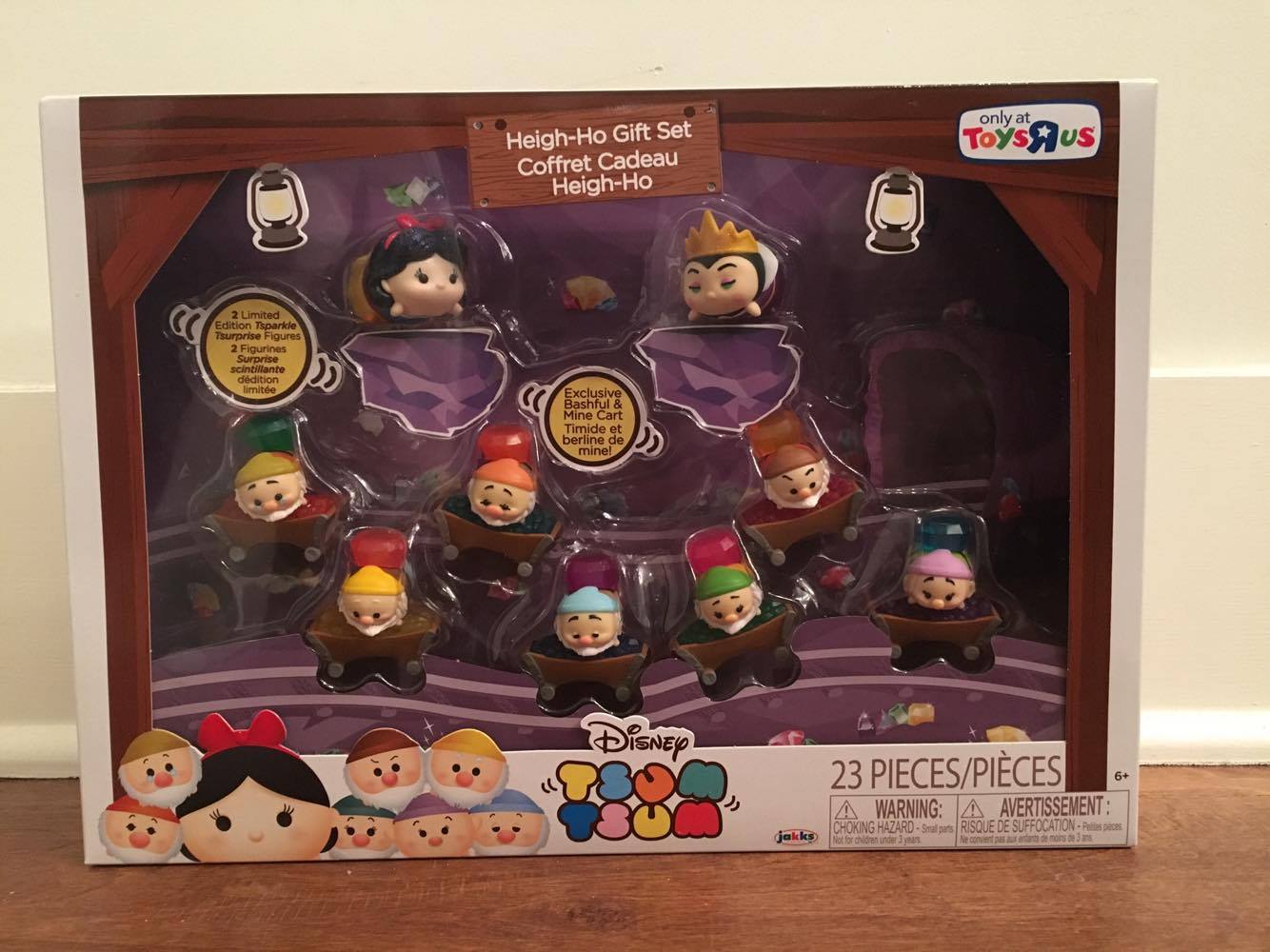 At D23, Jakks Pacific showcased a number of new products that were being released this Fall and in early 2018.  Among the items was the Toys ‘R’ Us Exclusive Snow White and the Seven Dwarfs Tsum Tsum set.  While this set is scheduled to be released in late-August, the set has surfaced early in select markets.  The set includes Snow White, Evil Queen and the seven Dawrfs.  Also included in the  set are 2 Tsparkle Tsurprise Tsum Tsums plus an exclusive Bashful with Mine Cart Tsum Tsum.