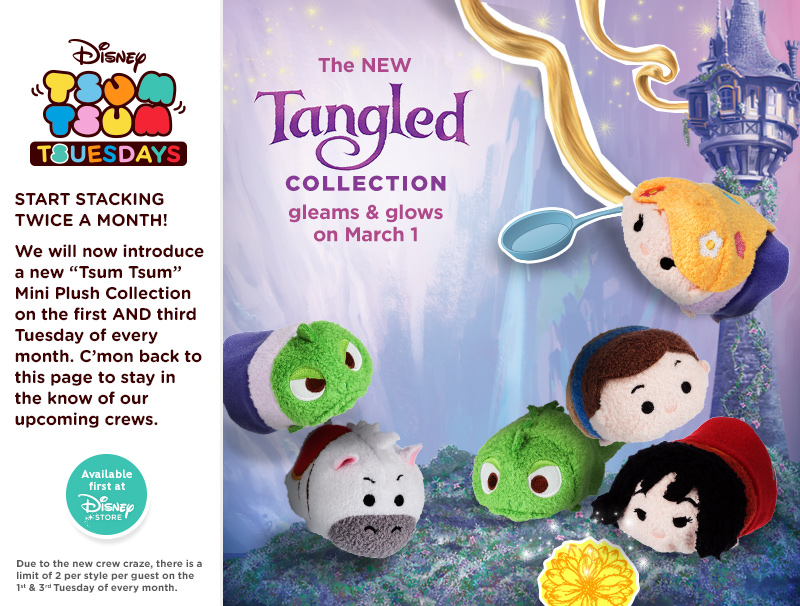 The next Tsum Tsum Tuesday will feature six new Tsum Tsums from the movie Tangled.  Rapunzel Tsum Tsum will be joined by Pascal, Pascal in a dress, Flynn Rider, Mother Gothel and Maximus in the new series.  Look for the new Tangled Tsum Tsum Collection on March 1 at Disney Stores and Disneystore.com in the US and UK.