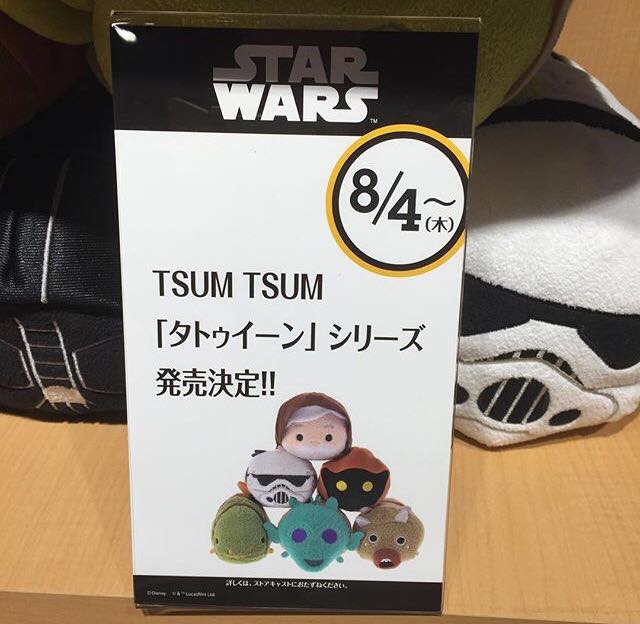 A photo of the new Star Wars Tatooine Tsum Tsum Collection surface earlier tonight on Instagram. Instagramer @chi.ho_ posted a photo of the graphic that was on display on at a Disney Store in Japan.  The new series will be released on August 4 in Japan, but also look for the new series at Disney Stores and Disneystore.com in the US, UK and Europe at some point around that same timeframe.  The series will include: Obi-Wan Kenobi, Greedo, Dewback, Greedo, Jawa and a Sandtrooper.  Look for more details very soon.