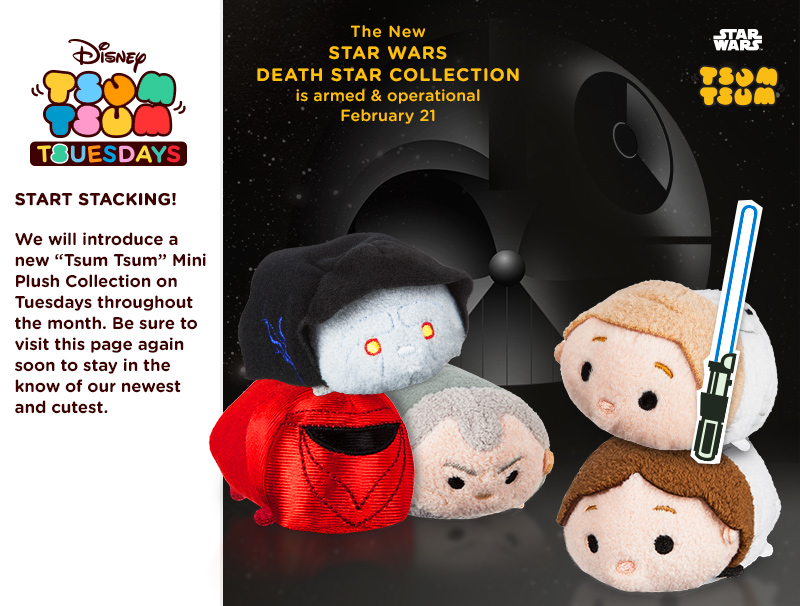 Tomorrow is Tsum Tsum Tuesday and of course it’s time for a new Tsum Tsum set.  The new Star Wars Death Star Collection will be released on Disneystore.com at just after 3am and at Disney Stores tomorrow morning.   The new collection will feature 5 different Tsum Tsums including the Emperor and Grand Moff Tarkin. Look for the new series online at Disneystore.com and at Disney Stores in the US, UK and Europe tomorrow morning.