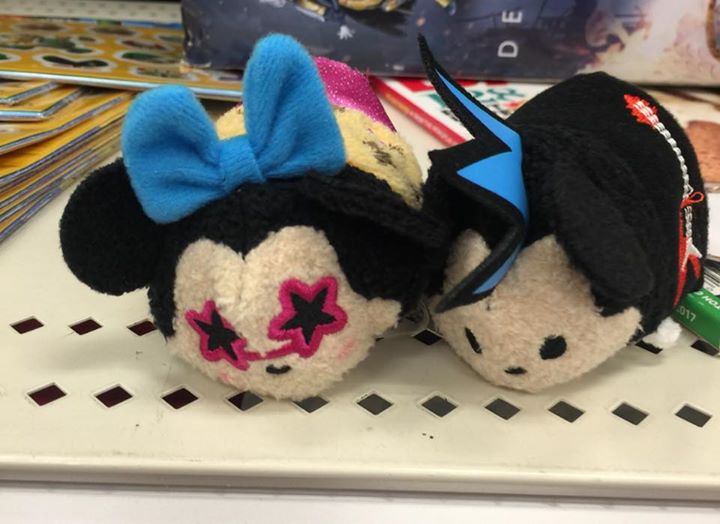 A few months ago photos of Rocker Minnie and Mickey Tsum Tsums surfaced.  While the set never surfaced on Shop Disney or Disney Stores, it has now surfaced at Target stores.  The new Mickey and Minnie Tsum Tsums features everyone’s favorite characters all dressed up as if they were ready to perform at a concert.  Below is a look the new Tsum Tsums courtesy of Tsum Tsum Plush – Buy/Trade/Sell member Peter De Souza.