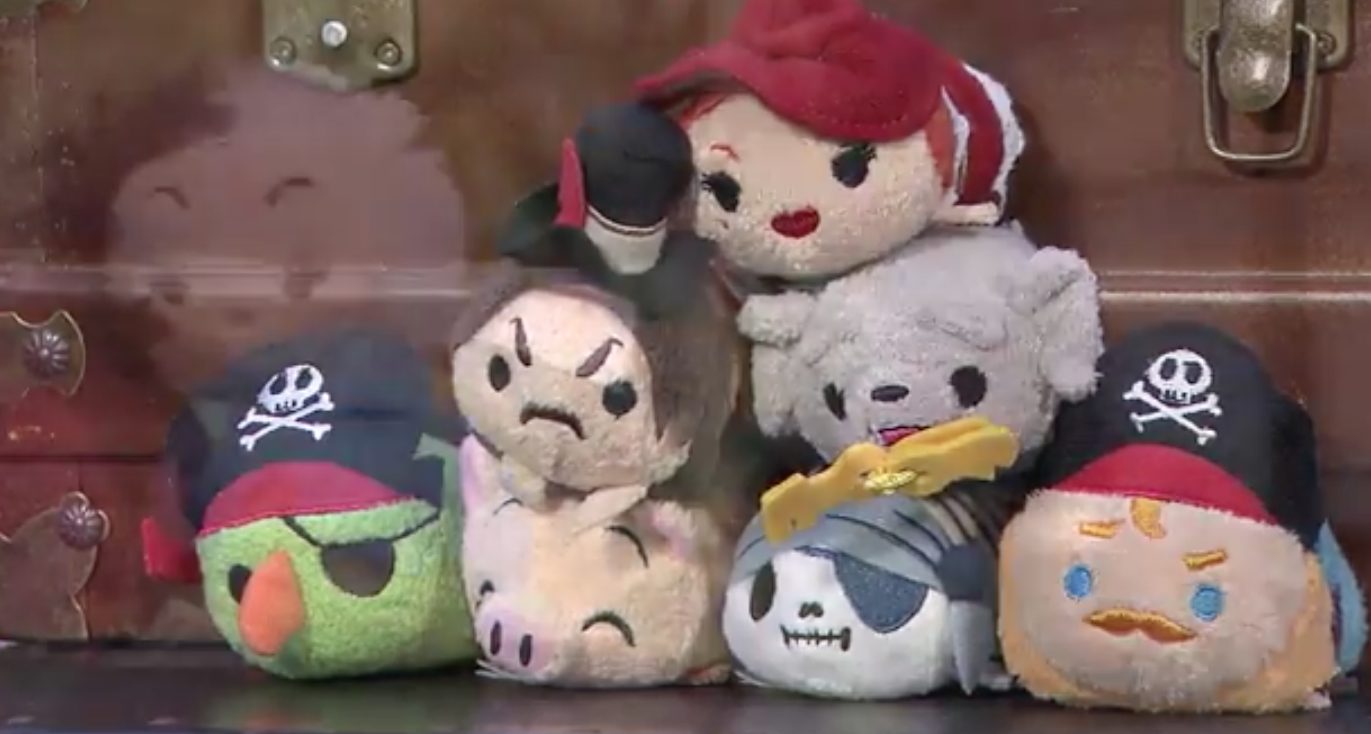 Today, Disney Merchandise Communication manager Steven Miller posted on the Disney Parks Blog about the new Attractions Tsum Tsum Series. Along with the post was video that announced the new Pirates of the Caribbean Tsum Tsum series. The new series will be released in early 2016 and will consist of 7 different Tsum Tsums based on the Disney Parks Attraction. Below is a look at the new series as well as the youtube video that featured the new Tsum Tsums.