Jakks Pacific will be releasing two new SDCC Exclusive next week.  However, with just over a week until Preview Night at San Diego Comic Con, Jakks Pacific has posted two more photos of the new Metallic Vinyls.  The Captain America will be joined by a Metallic Baymax Exclusive at next weeks convention.  Both will be released at the Jakks Pacific/Disney Tsum Tsum Booth, Booth # 2913, and retail for $14.99 each. 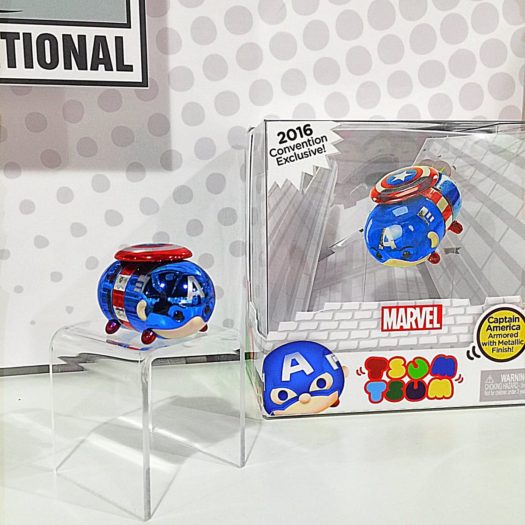