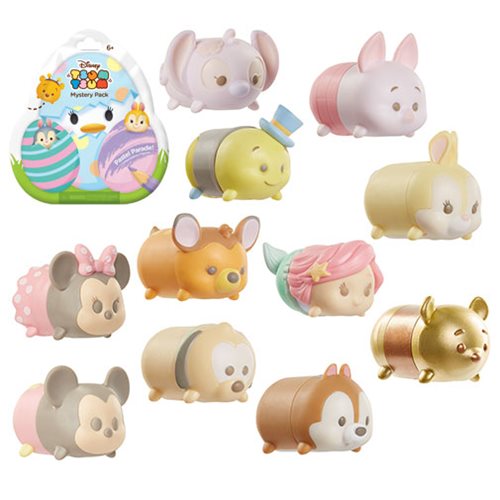 The new Pastel Parade Tsum Tsum Mystery Packs were released at various retailers a few weeks ago.  While many collectors may have picked up a few, the new Tsum Tsums from Jakks Pacific are now available on EntertainmentEarth.com.  The new series includes: Bambi, Eeyore, Mickey, Angel, Jiminy Cricket, Ariel, Miss Bunny, Chip, Pluto, Minnie, Piglet and the elusive Golden Winnie the Pooh.  Click on the link below to order an entire case of 24  of the new Tsum Tsums for $79.99 per case.