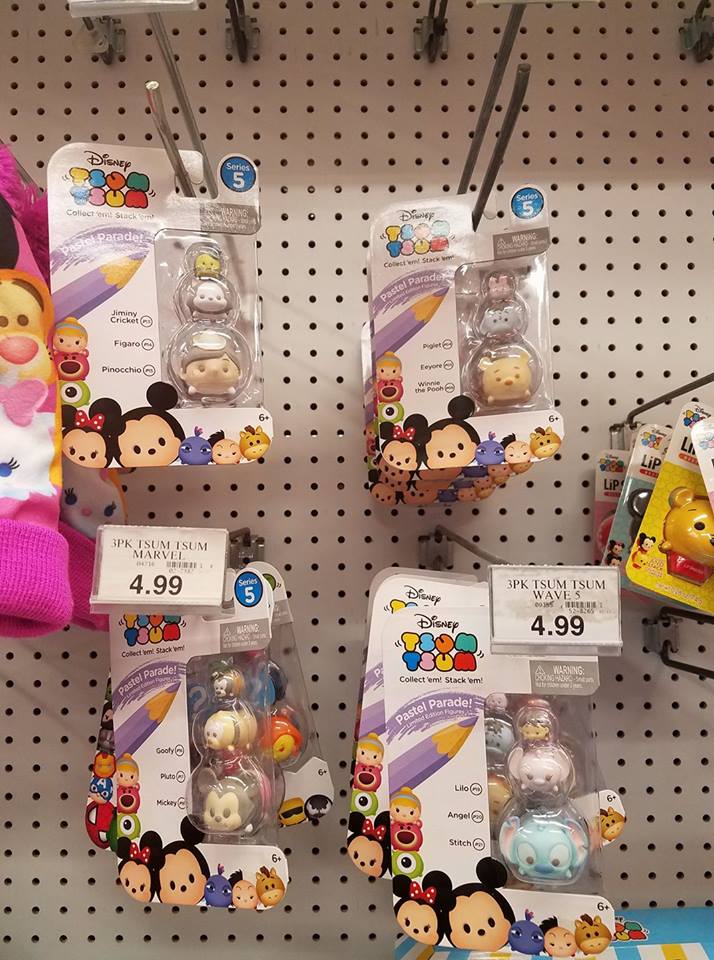 For those collectors that have been searching for the new Pastel Parade Mystery Packs, there are more Pastel Parade Tsum Tsums to collect.  Earlier yesterday, Disney Tsum Tsum – Buy, Trade, Sell member Lexine Salazar posted a photo of the new Tsum Tsums on the shelf at Toys ‘R’ Us.  Along with the new set is the new checklist which features all of the new Tsum Tsums from series 5 and the new Pastel Parade series.   There looks to be 8 differnet Tsum Tsum 3-packs to choose from.  Also, after looking at the checklist, there looks to also be a few large exclusives in the Mystery Packs including Mrs. Bunny, Angel, Pluto, Chip, Jiminy Cricket, Golden Winnie the Pooh and Piglet.  On the flip side, Pinnochio, Winnie the Pooh and Stitch Large Tsum Tsums look to be exclusive to the 3-packs.  Let the Pastel Parade search begin!