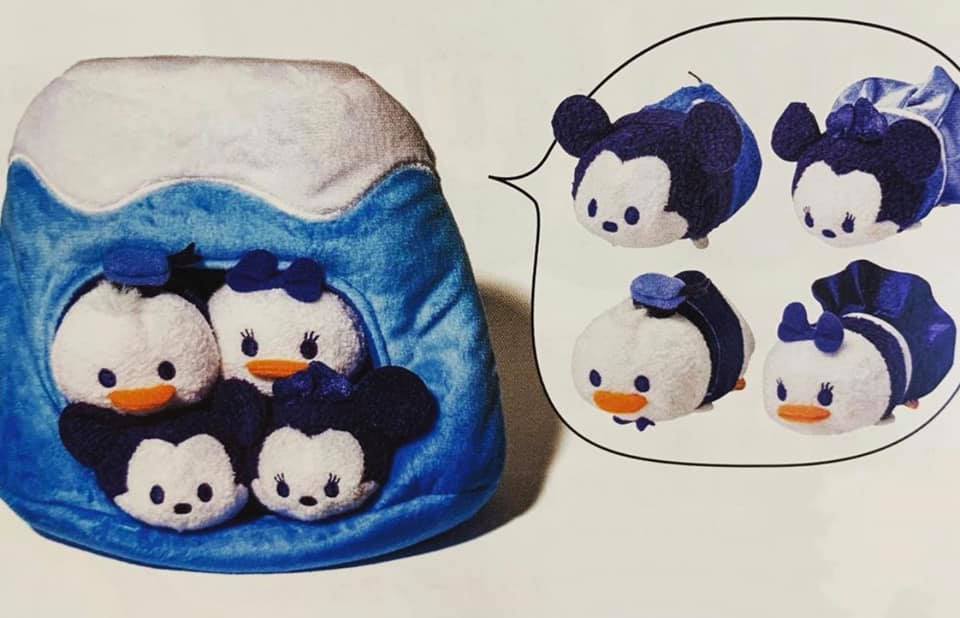 It’s been a while since Disney has released a “bag” set. Well, that is all about to change with the release of the new Mt. Fuji Tsum Tsum Set. The new set comes in a plush Mt. Fuji and includes Tsum Tsums of Mickey, Minnie, Donald and Daisy. Look for the new set to be released later in July via Disney Store Japan. As always, stay tuned for more information.