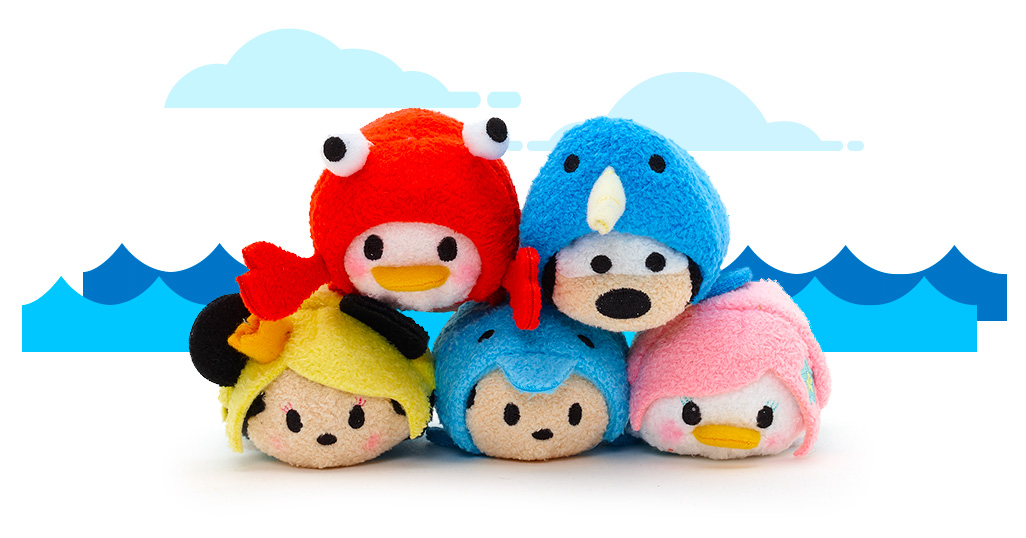 The new Mickey and Friends Sea Life Tsum Tsum Collection release date has been officially announced. The new series includes Mickey, Minnie, Donald, Daisy and Goofy all dressed as sea creatures. The series will be released April 17 in the UK and Europe. Also look for the series to surface in the US along about the same time.