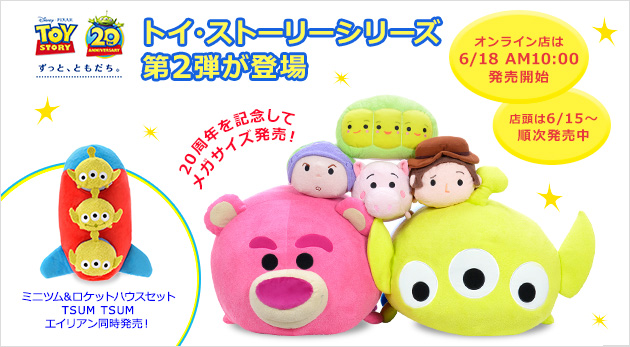 Plus to top it all off, Disney Store Japan released a Little Green Men 3-pack that comes with a rocket ship.  The 3-pack retails for ￥3240 ($27) each.  No word if any of these new Tsum Tsums will be released in the US.