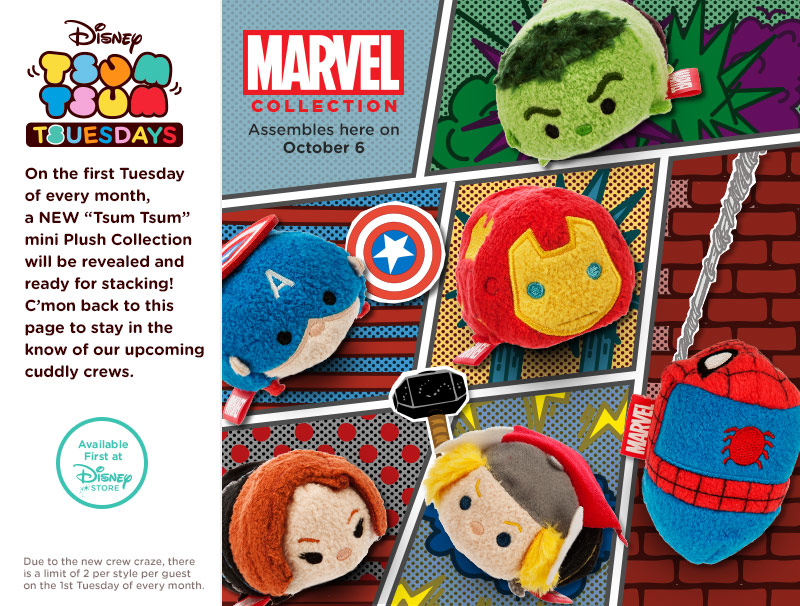 The four new medium Marvel Tsum Tsums will retail for $12.95 each and will also be released online and at Disney Stores.

Note: These new Tsum Tsums are usually released online at 3:00am EST.  However, they usually will not show up on the website until around 3:30am.  Our advice is be logged in and be ready to purchase them as soon as you see them.