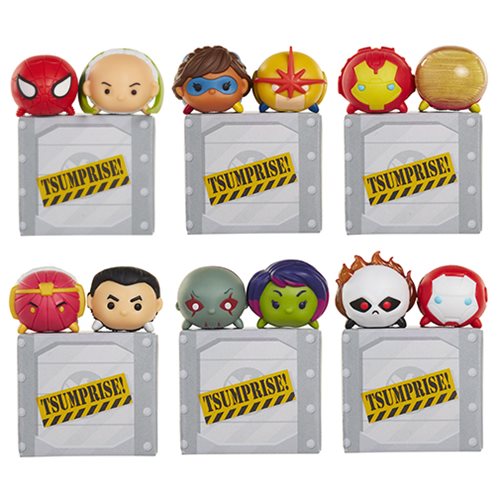 Jakks Pacific has a lot of great new releases coming in August. Among the releases are the Marvel Tsum Tsum Series #4 3-packs. The new series includes a number of new characters along with a Tsumprise box that if it follows the same pattern as their Disney counterparts, it could include 1, 2 or 3 Tsum Tsums.  Click on the link below to pre-order a 24ct case on EntertainmentEarth.com.