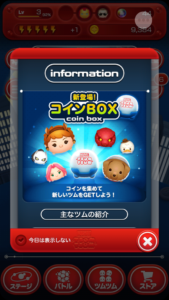 New Update for the Marvel Disney Tsum Tsum App! There’s a coin box with lots of new Tsum Tsum you have a chance of getting! Every day there’s login rewards1 The new update is scheduled for today. The new Ver 2.0.0 update or later you will not be able to battle the villians the same way as before. You will not be able to connect a tsum tsum to a villian anymore. Also there is a new ranking update as well! Now you can compete with your friends and get ranked every week! 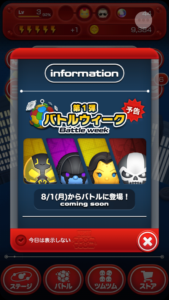